The main objectives of the house are two. Firstly; that it integrates the forest in the daily experience of the user and Secondly; that it receives as much light and sun as possible during the entire day. For that purposes the program is fit in a 2Y letters diagram that creates not only double orientations for entering sun at different times of the day but also exposes the inhabitant to views that surround him. In other words, the extremely extended perimeter of the house and it bifurcations, in opposition to a compact organization, potentiates the experience of been, not in front of the exteriority, but within it. More specifically, of been among the sun and the trees in a parietal relationship. Additionally this shape also made possible to fit into the existing trees without having to clean the site.

Regarding the materialization of the project, timber was chosen not only because it is a local material that could anchor the house to the place by affiliations with the natural and the cultural, but also because the wooden structures, in opposition with other kind of material ensembles, are naturally built using infinite linear elements that as a result, resemble the sense of infinity that is present in forests and could enter in a sort of vibration with the exterior. In this respect, the structural and the architectural plans were done simultaneously and in a permanent conversation. At the end it is hard to distinguish one from the other.

Whit regard to the relation with the ground, the above-mentioned 2Y diagram negotiates the slope in different manners. Sometimes it underlines and rests upon the ground and others it contrasts with the soil, stressing the artificiality of the architectonic body.

With respect to the exterior treatment of the skin, the objective was to create a constant vibration with the mostly green exterior that, as it is well known, can be achieved using a red colour. 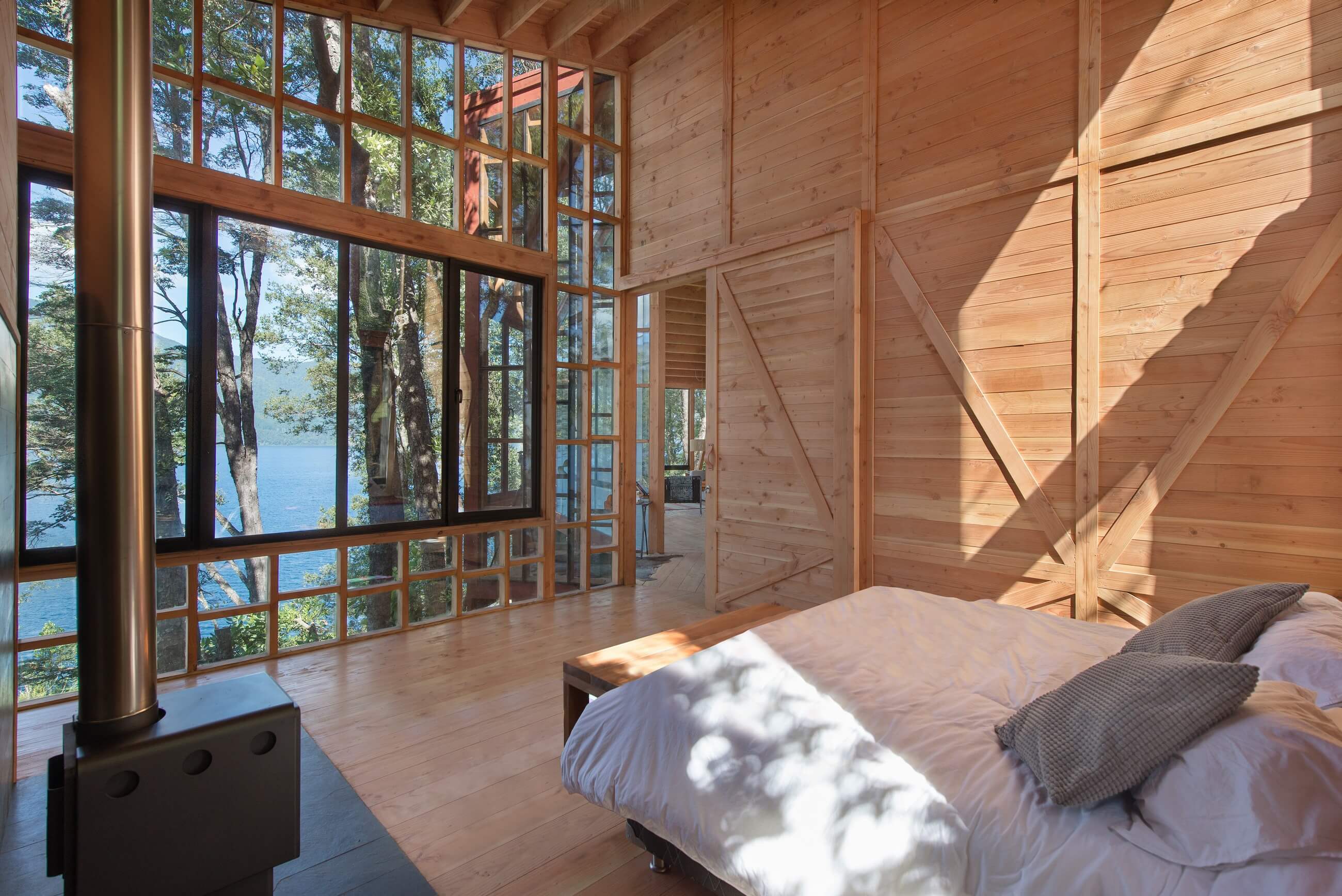 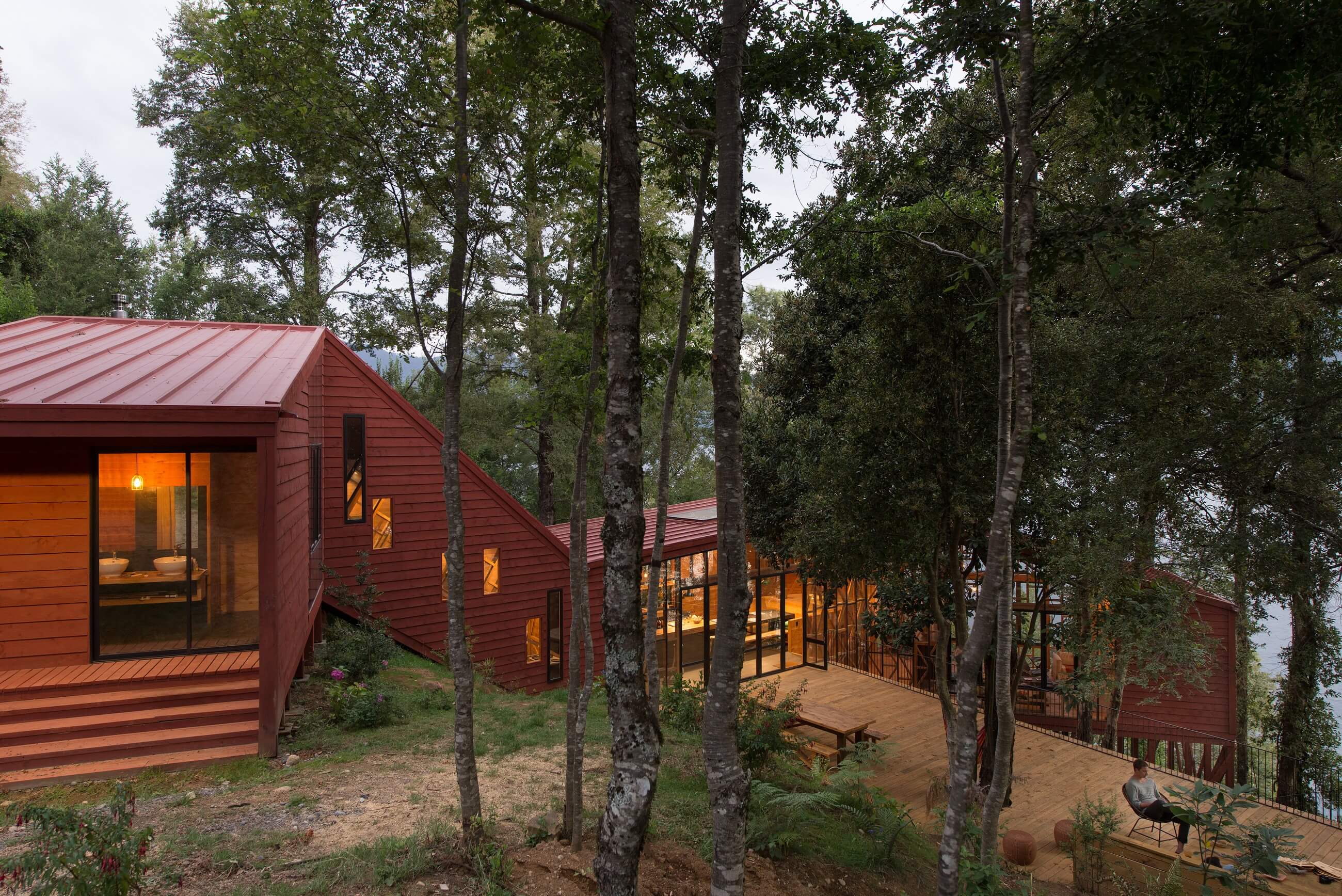 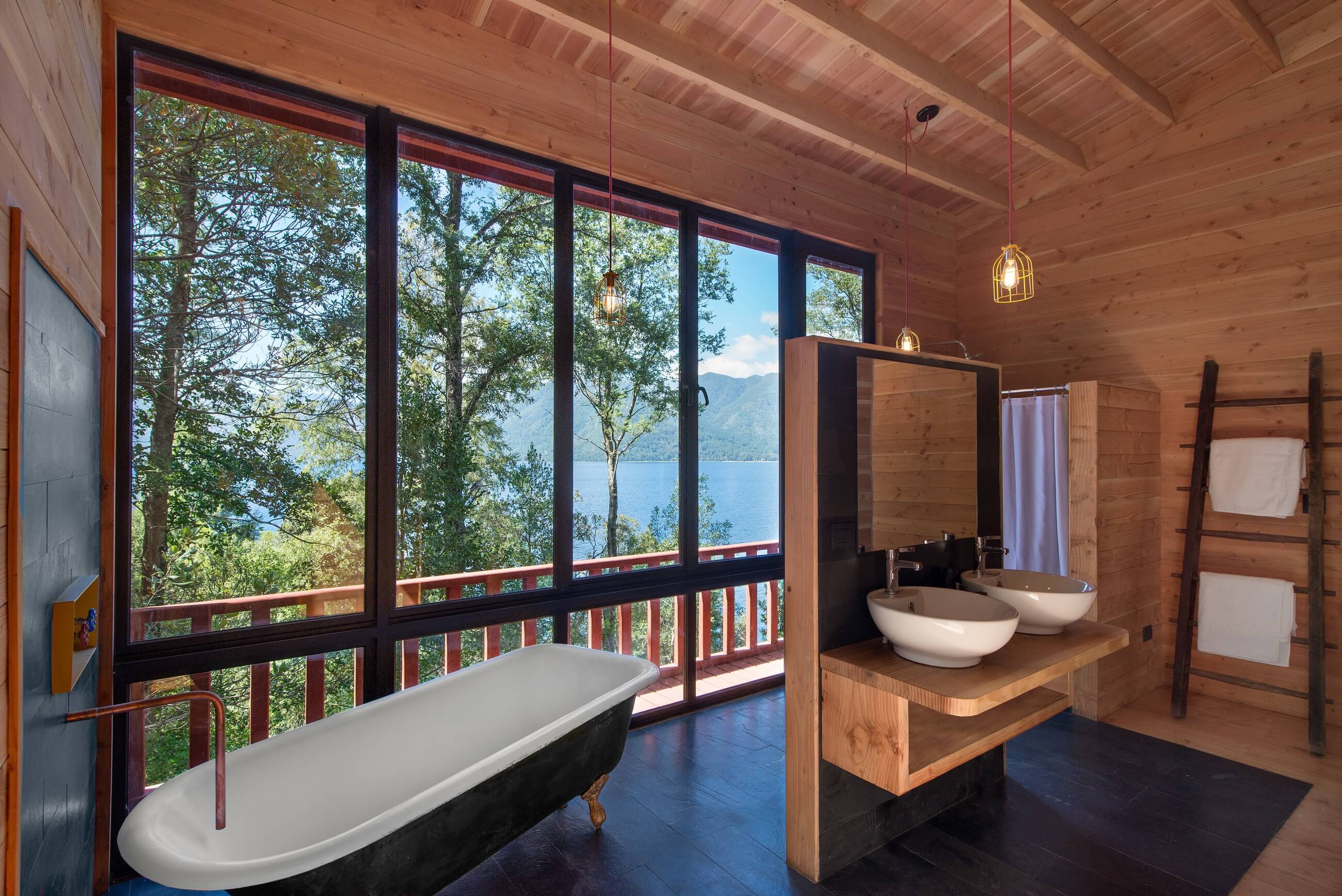 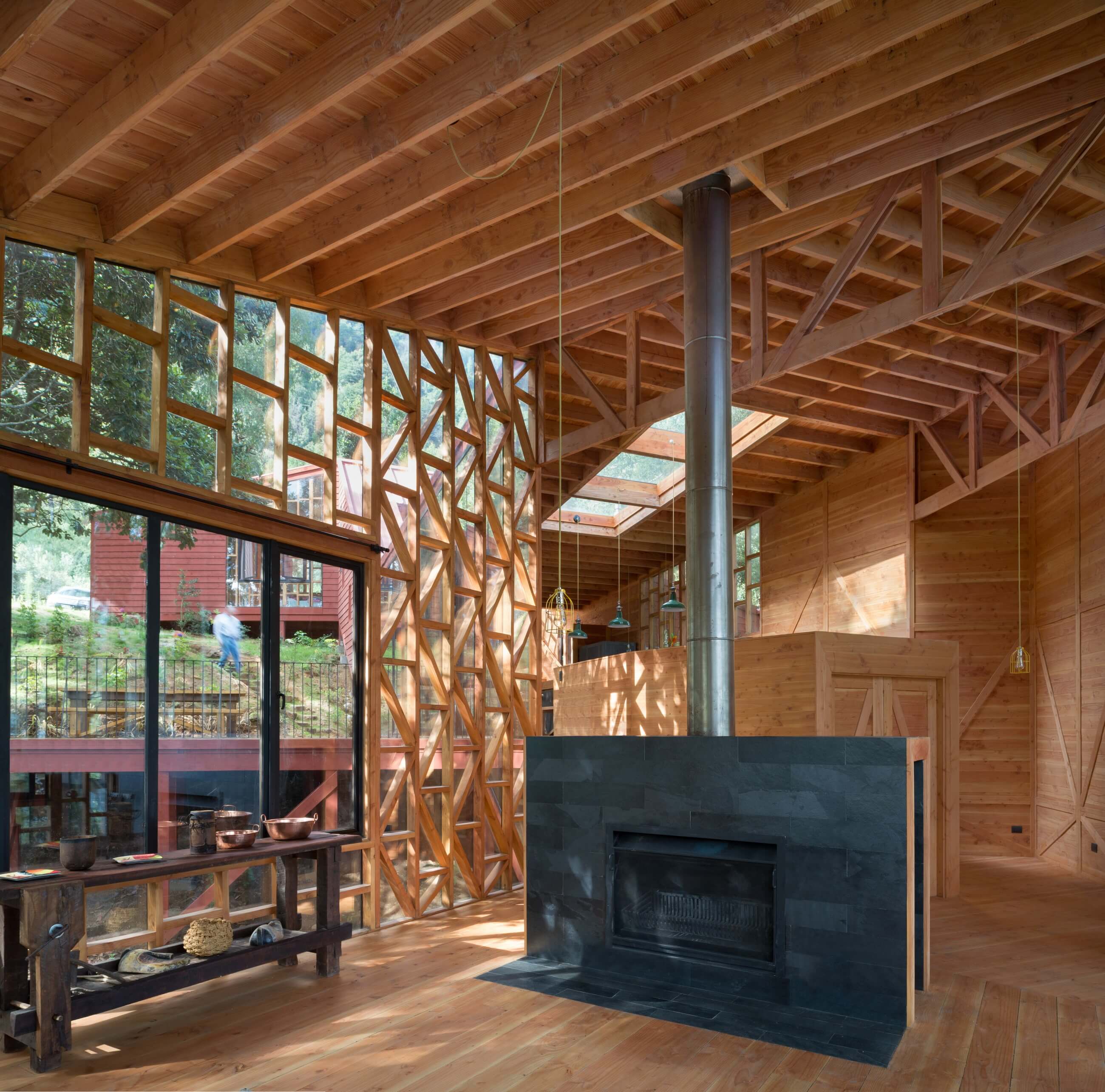 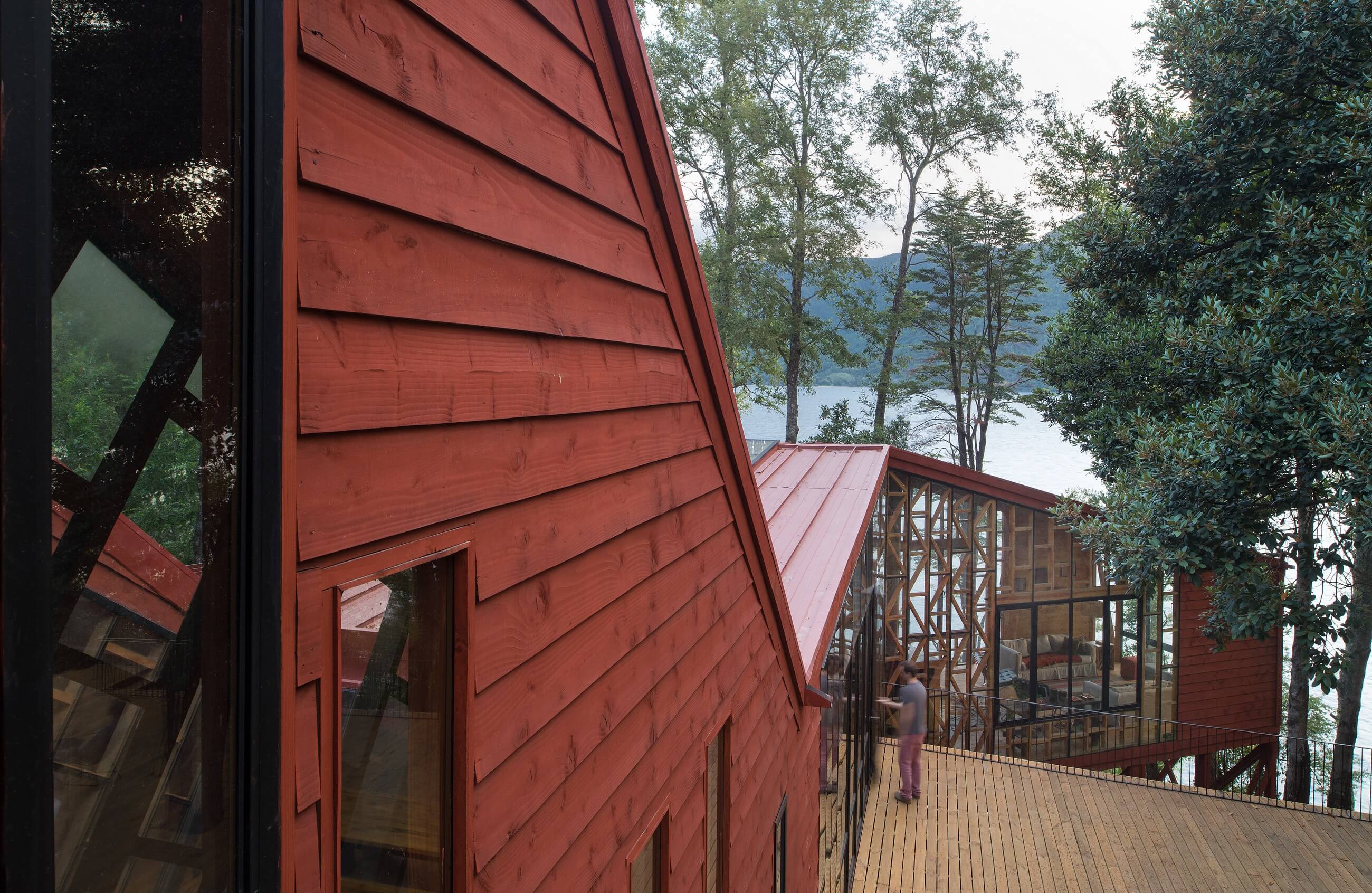 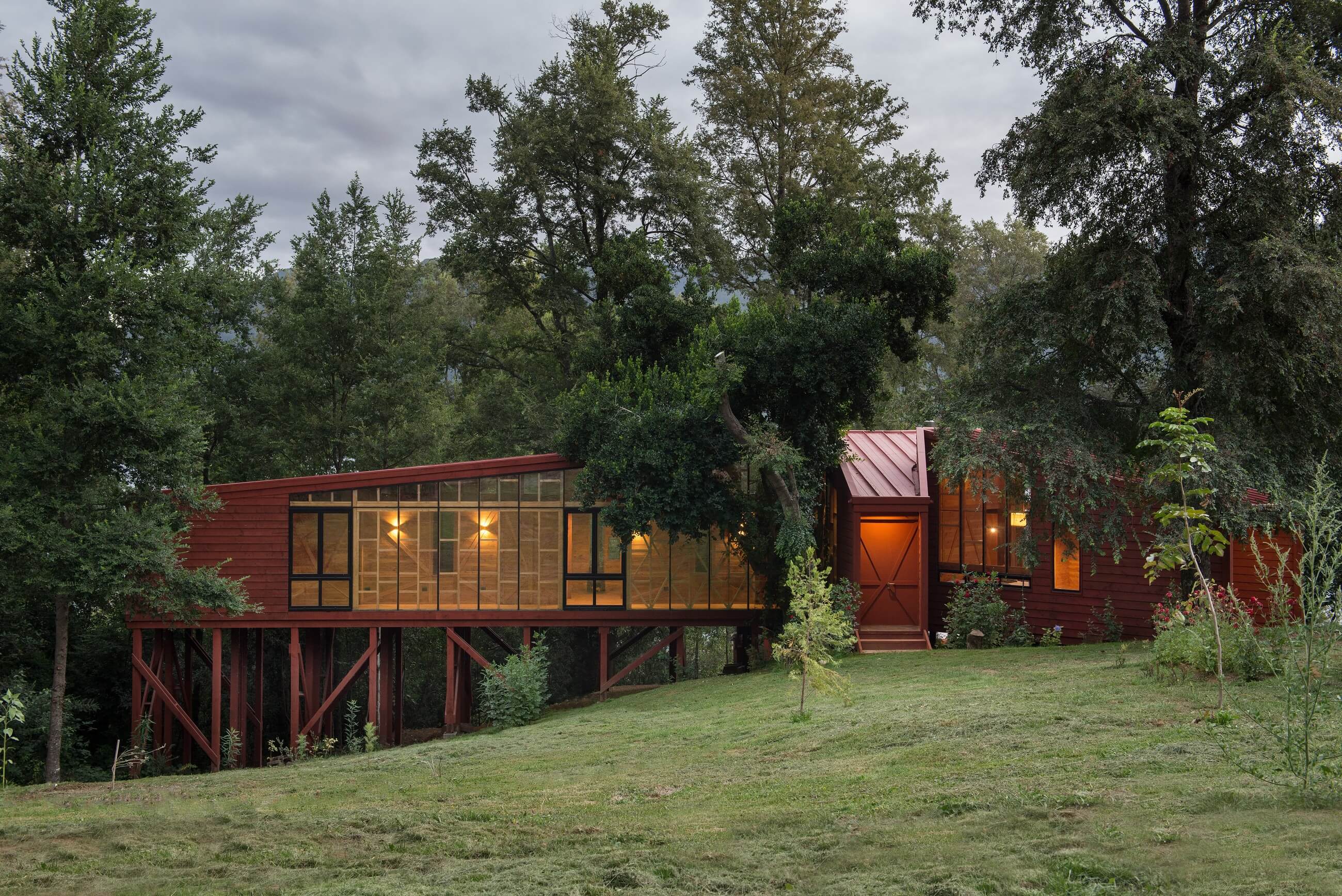 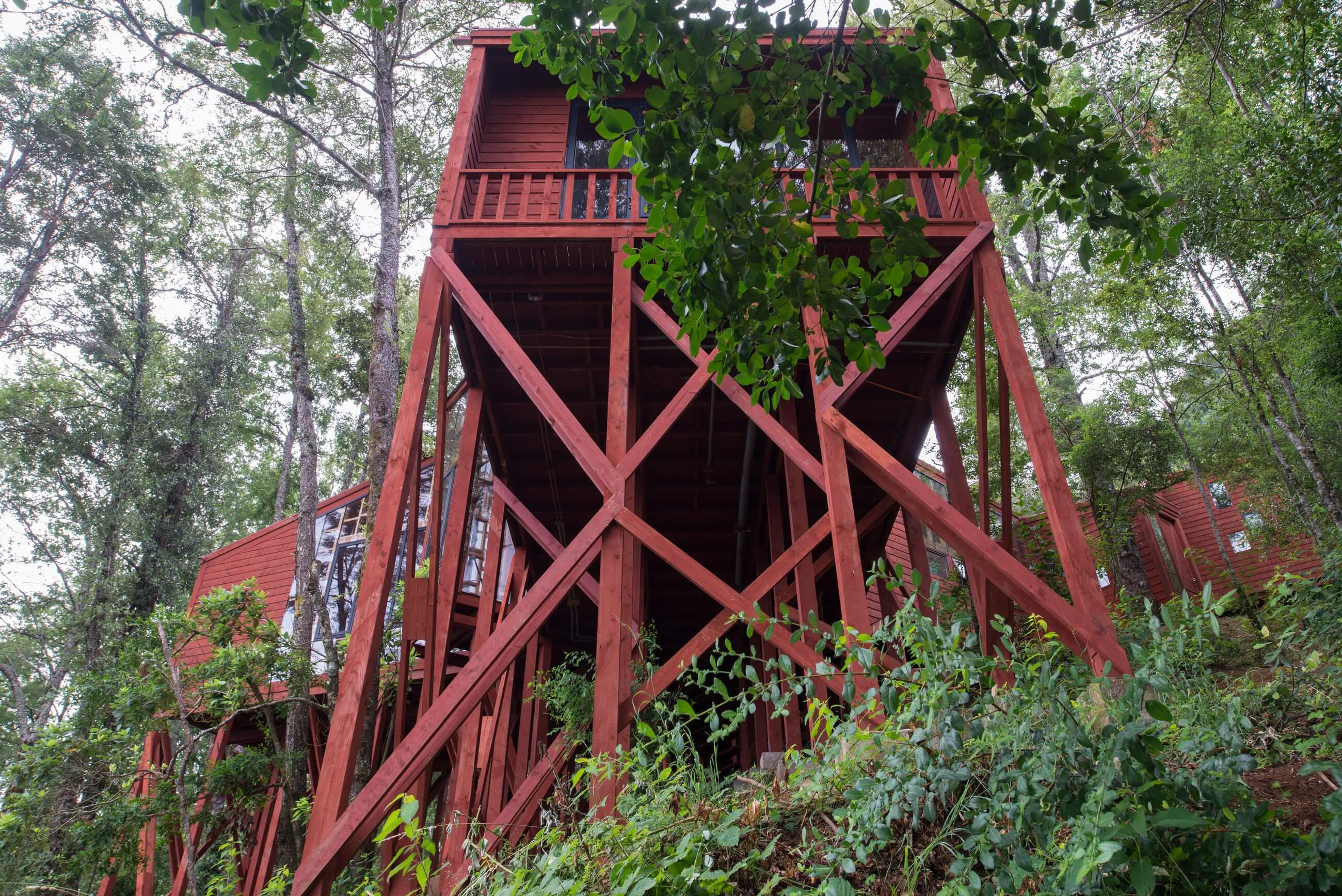 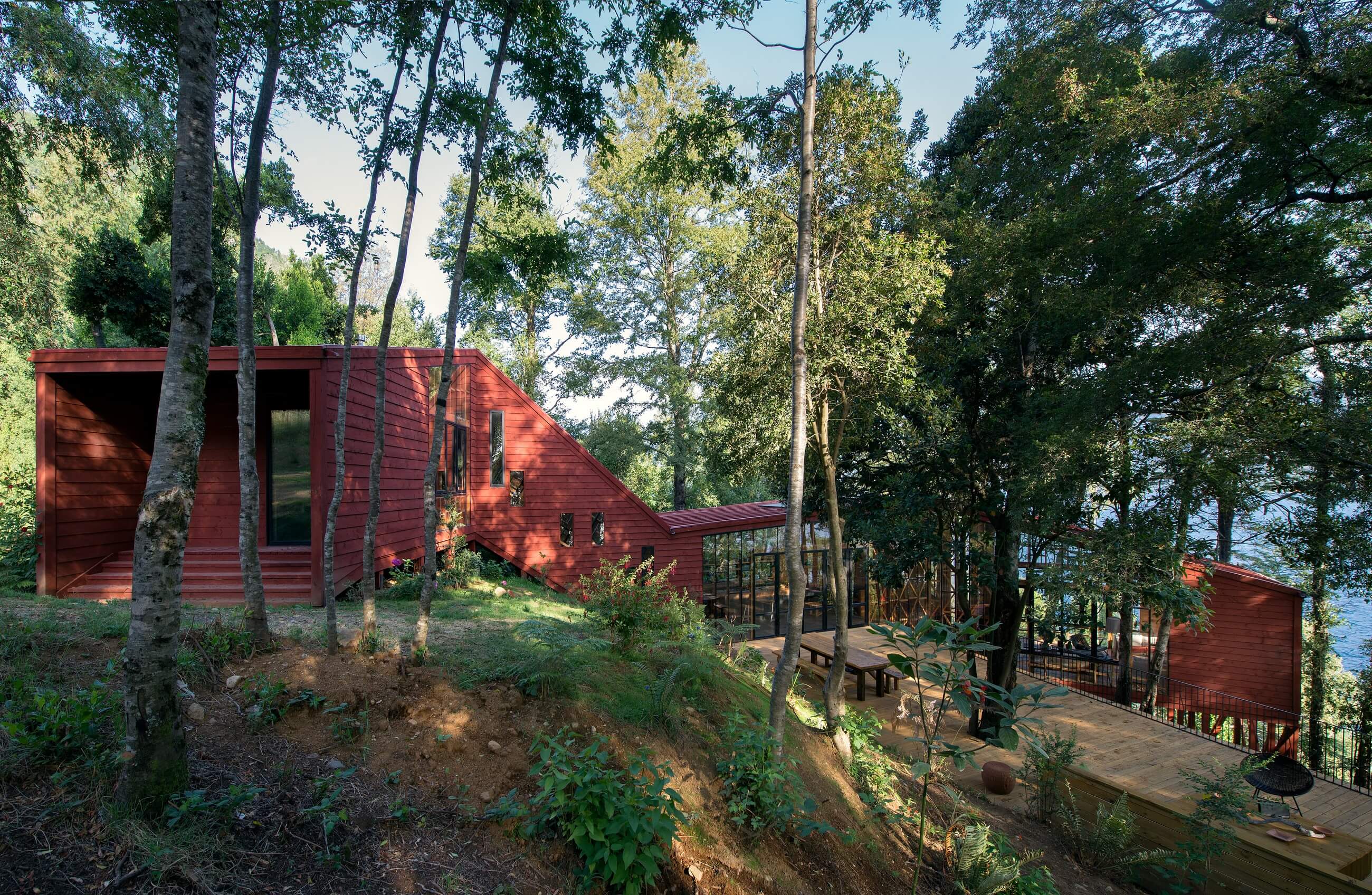 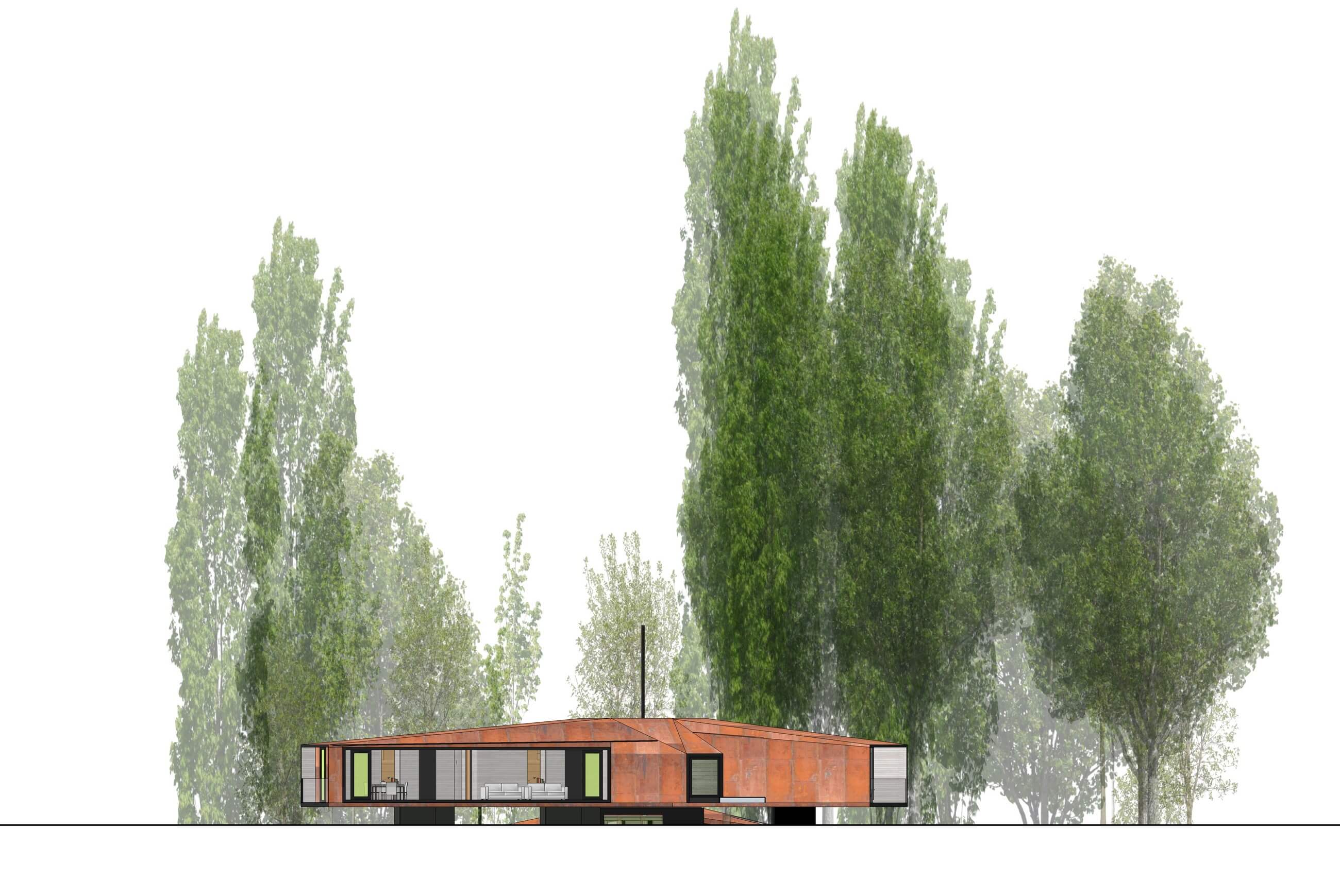 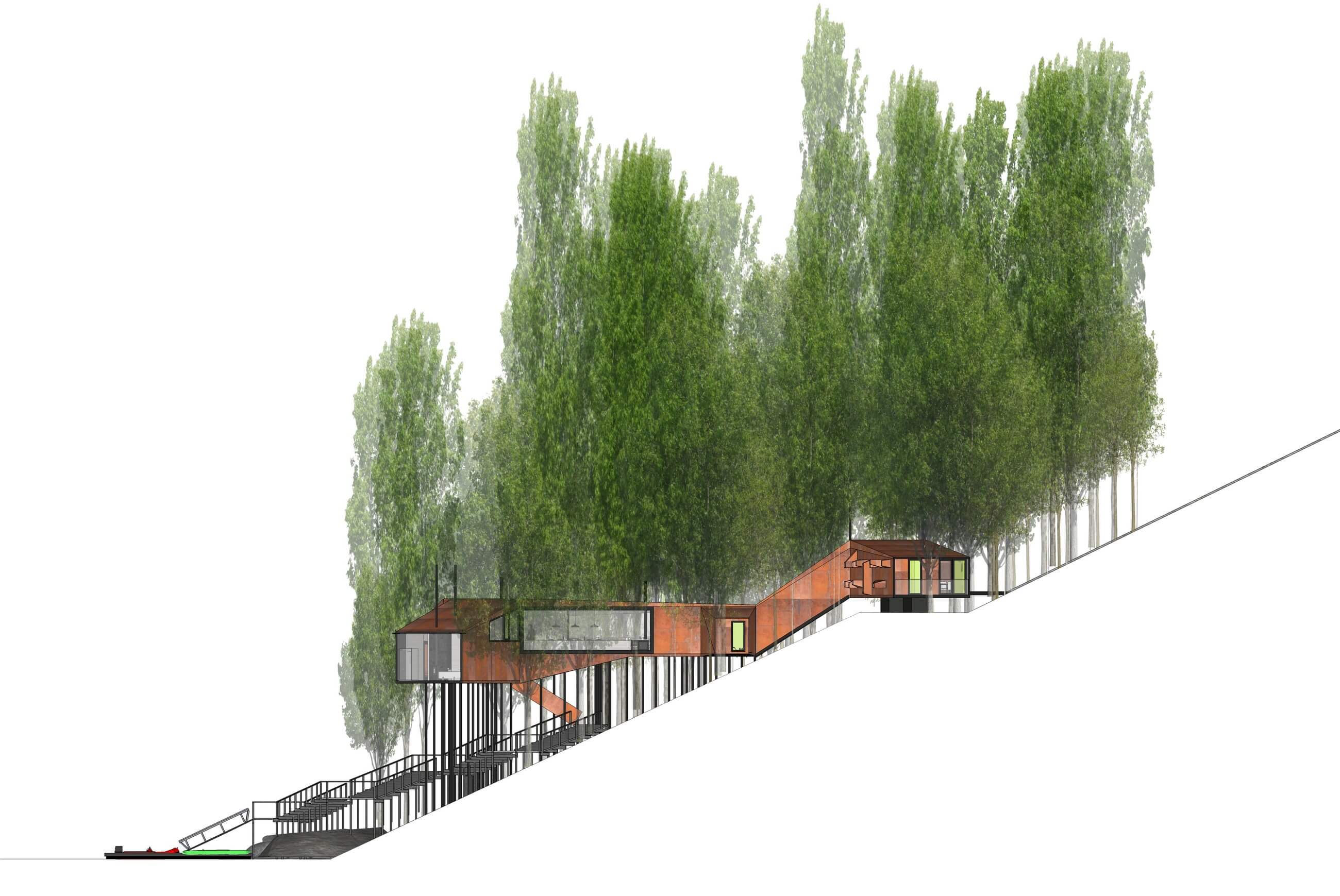