The subject site is situated in an area of Kew that is primarily of early 20th century character. The existing house, a Californian bungalow was in almost original condition and had been the client's childhood home.

The client wanted to unlock the potential of the internal spaces and to focus them outwards whilst maintaining their essential character.

The new architectural language at the rear is responsive to the Californian Bungalow character with its the geometric play on the existing gabled forms of the house. To give the allusion of additional space the new gables are vaulted, in the lounge ceiling is timber lined to offer a soft dynamism to the internal volume. This theme is continued through to the outdoor door space with a deconstructed gable structure forming a pergola over an open-air room.

The external palette is an expression of the geometric play with the continuation of the red brick to the base and the more dynamic forms expressed in the copper shingle cladding. The materials reference the original craftsmanship typically associated with this era of house.

What was the brief?

The clients brief had 3 main criteria; unlock the internal layout, provide natural light throughout and provide spaces for entertaining connected to the garden. The client also required secure off-street parking close to access into the house.

What were the solutions?

The conceptual framework of the house was twofold; firstly consolidate the spaces within the existing footprint for modern living whilst creating an outward focus and secondly to create a new architectural language that would reinvigorate the rear and provide a dynamic presentation to the outdoor living areas.

The spatial arrangement of the rooms are developed around improving the quality and character of natural light, orientated so each entertaining space had a direct connection to the outdoors, in particular the new outdoor entertaining area.

What are the sustainability features?

The works included significant improvements in the environmental amenity and performance of the existing 1920’s building, while also making a series of material choices to limit waste. Key initiatives in the development of the project included: The use of recycled brickwork in the project – combining re-used bricks from the site with recycled bricks from the brick pit to reduce waste and improve the carbon footprint of the project. The use of extensive cross ventilation, eaves and bi-fold windows and doors as a substitute to artificial cooling, as well as heavily insulating the house helps reduce energy usage of the house. The works also included a 10,000-litre, below deck rainwater tank. 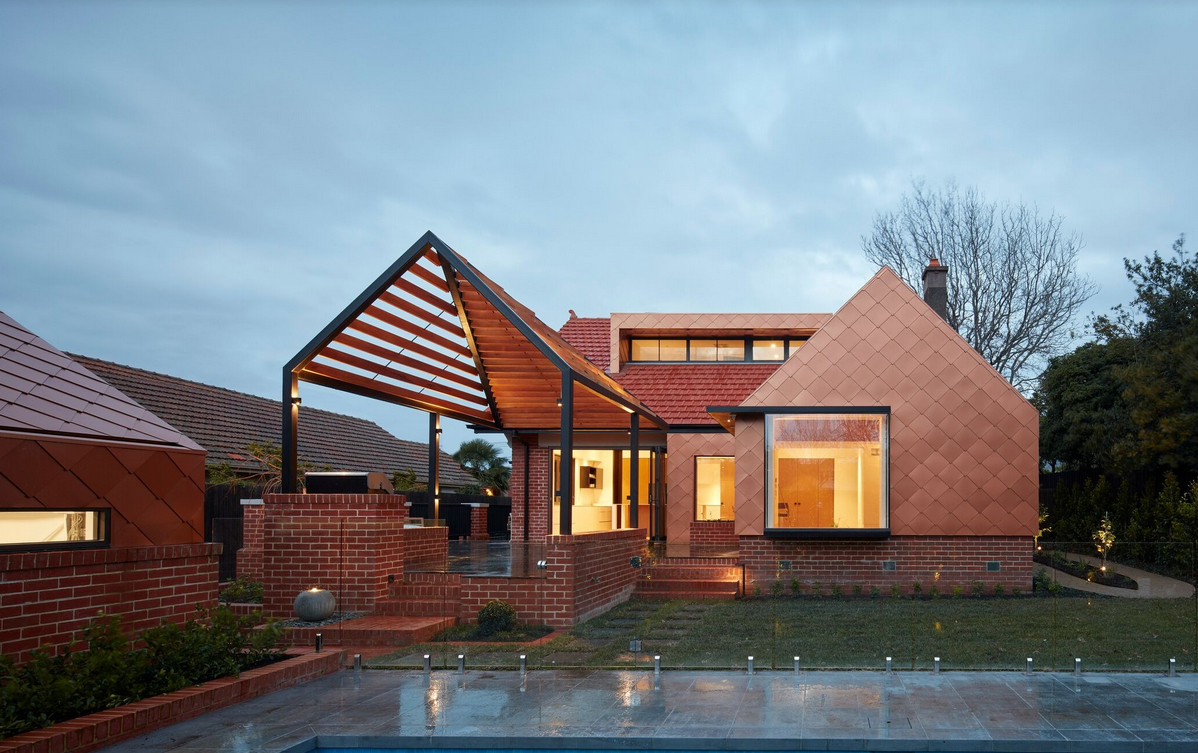 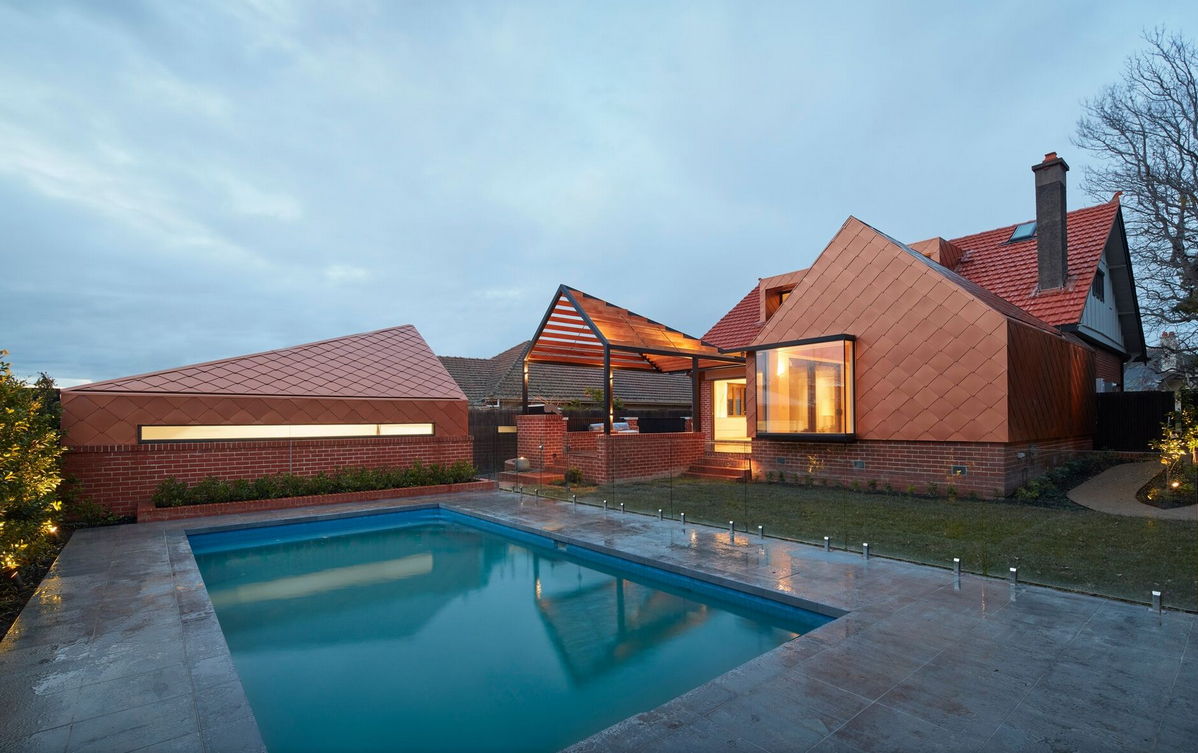 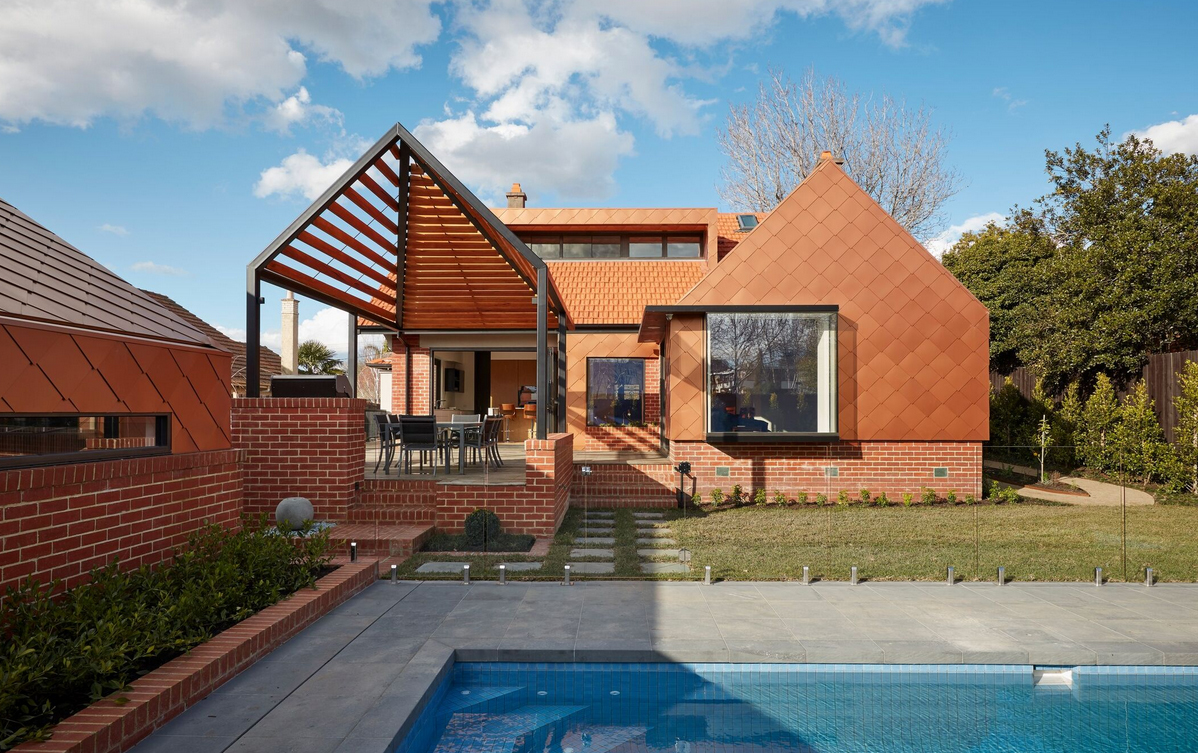 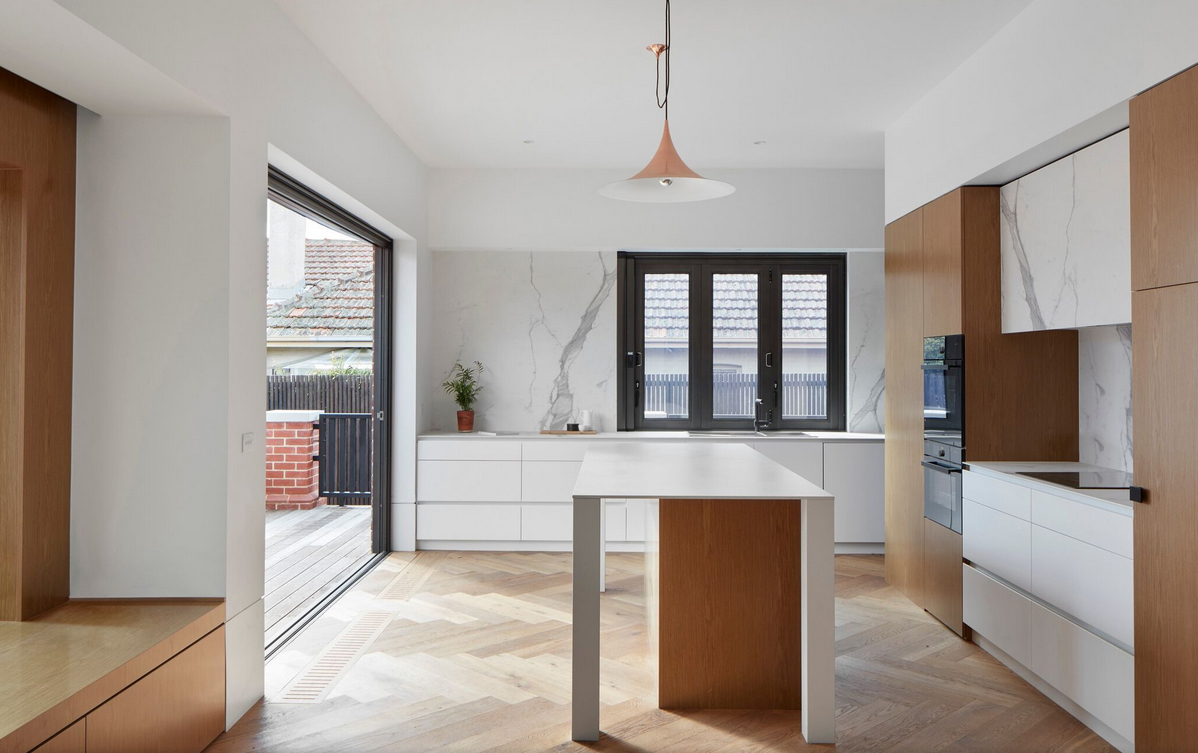 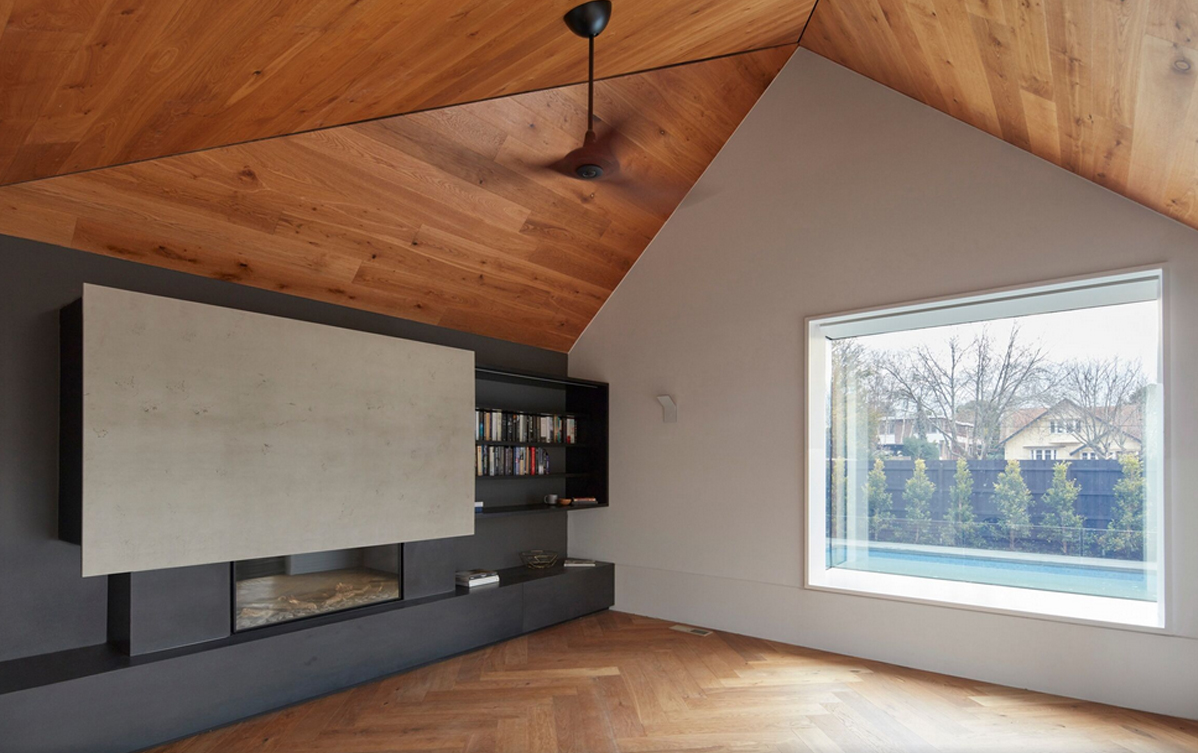 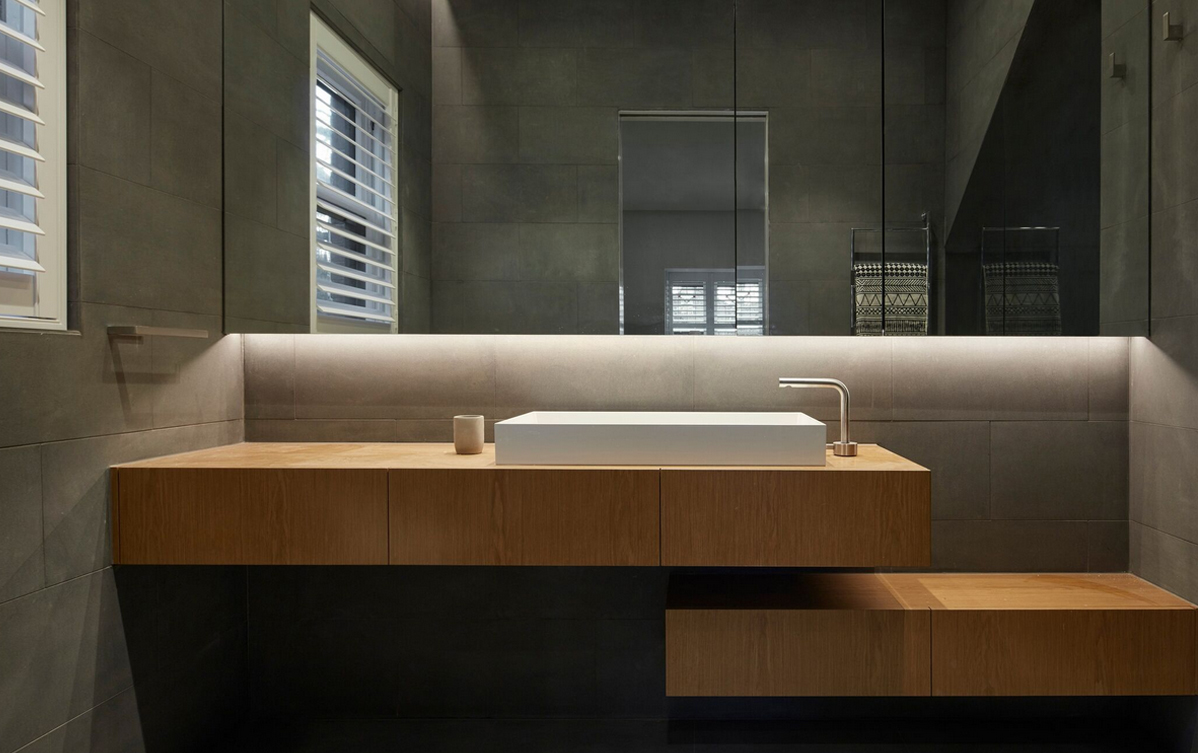