The pre-existing traditional Zagorje cottage is situated on the green slopes near Kumrovec and was structurally and statically in poor condition. It was renovated taking into consideration the characteristics of local heritage and design.

The pre-existing house form is kept, while the porch is substituted with a glass cube. To give the cottage southern exposure, the glass form is slided out of the main house volume, simultaneously forming an entrance area. Interaction of interior and exterior spaces is enabled by opening of the glass walls.

The cottage consists of three floors: the basement, ground floor and 1st floor, which is comprised of the essential living spaces- leisure/dining/cooking on groundfloor and sleeping areas on the 1st floor. Groundfloor spaces are then arranged following a traditional system of organisation that creates a common zone with the 'hearth' . Inspiration was found in the traditional architecture of Zagorje region. Untouched nature on the site called for an unintrusive design which was found in the interpretation of the traditional cottage, straw covered house with basic spaces. Research was based on history documents and field research.

Documentation about traditional straw building methods was scarce so research was primarily based on locating some of still existing straw covered houses. The straw covering on the roof is replaced with a new one and extended over the facade, while the gables are newly wood-lined. The entrance walkway is made of tree stumps. The existing stone piedestal is kept, while the newly designed terrace is layed with a wooden floor from where it opens up to an impressive Zagorje landscape. As such the cottage becomes 'organic', easily renovated from locally available resources and workmanship, it breathes and changes with time, creating a healthy living environment. The innovative usage of straw, considered largely an archaic and forgotten material, on both roof and walls combined with wooden plank bearing construction and an aluminum glass cube structure, makes this modest house a subtle yet luxurious hommage to the wealth of culture and heritage of the Zagorje region. The hardest part was finding the craftsmen who could lay down the straw roof and the straw facade in a traditional way but with up-to-date details, like the crossing from the roof to the vertical facade. 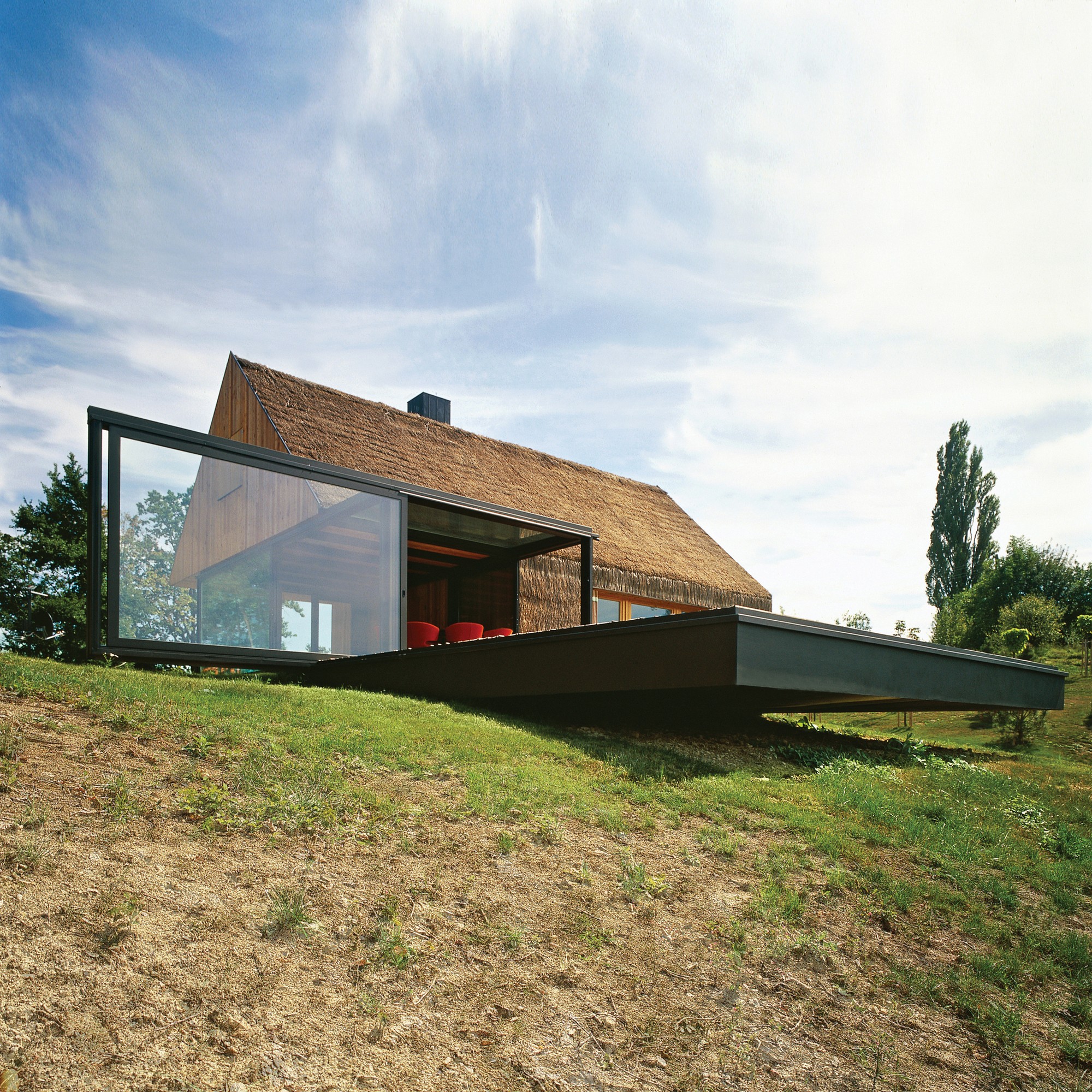