The Project “Palapa” is located in the city of Monterrey, Mexico, and is planed as a place of leisure time for the workers of an industrial complex in the outskirts of the city.

“La Palapa”, (space for BBQs), persist of a covered space with service rooms and a kitchen for social activities and events. Facing these conditions, the project poses in the floor plan a 20 x 20 m square, which achieves a free central space for flexible uses, putting the service rooms on the perimeter.

The building consists out of concrete parts, piling up in a configuration which assumes gravity like an expressive power of the constitution of the space, capturing the constructive conditions of the material, to make its virtue a possibility of the architecture.

The building works with straight separated parts, which, in its tonalities, determine a sculpture in structural and architectonical equilibrium. In first place, three walls, two pylons and one service volume are the supporting structure of the building. Those elements define an appropriate answer in their geometrical assembly of the floor plan, and at the same time, confine the space as a semi-open area. A roof made out of prefabricated concrete panels is supported by three beams, resting on the basic elements, and, at the time, being suspended by a fourth superior beam, which allows to liberate the internal space, defining a free floor with flexible use and great transparency.

The work assumes the gravity and materiality as a round architectonical expression, in which each element shows in a simple manner its structural quality in between the whole ensemble. 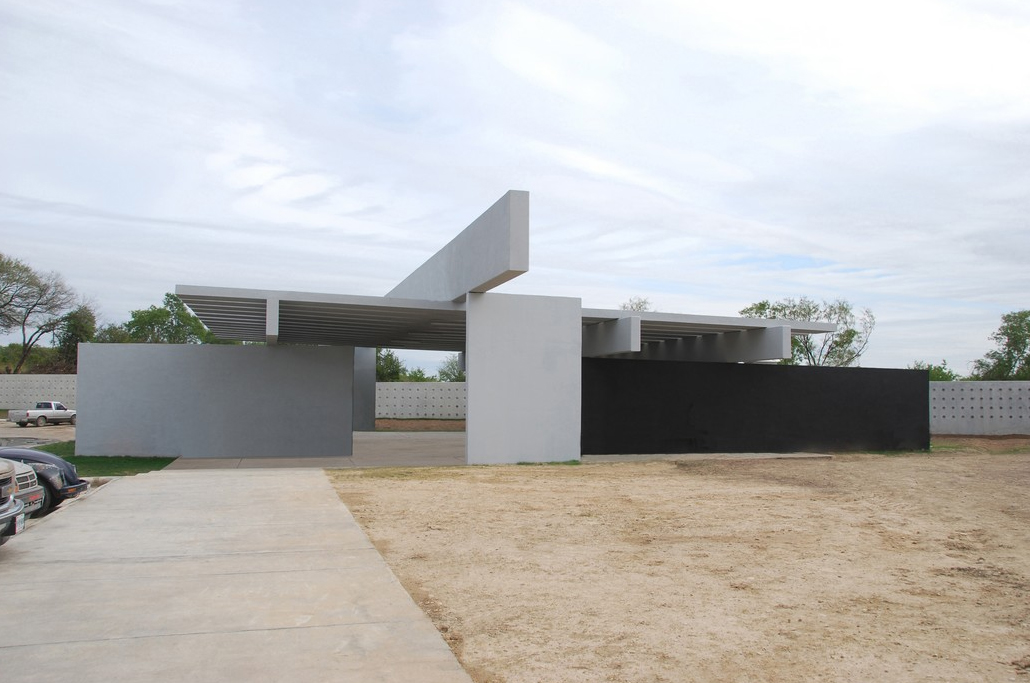 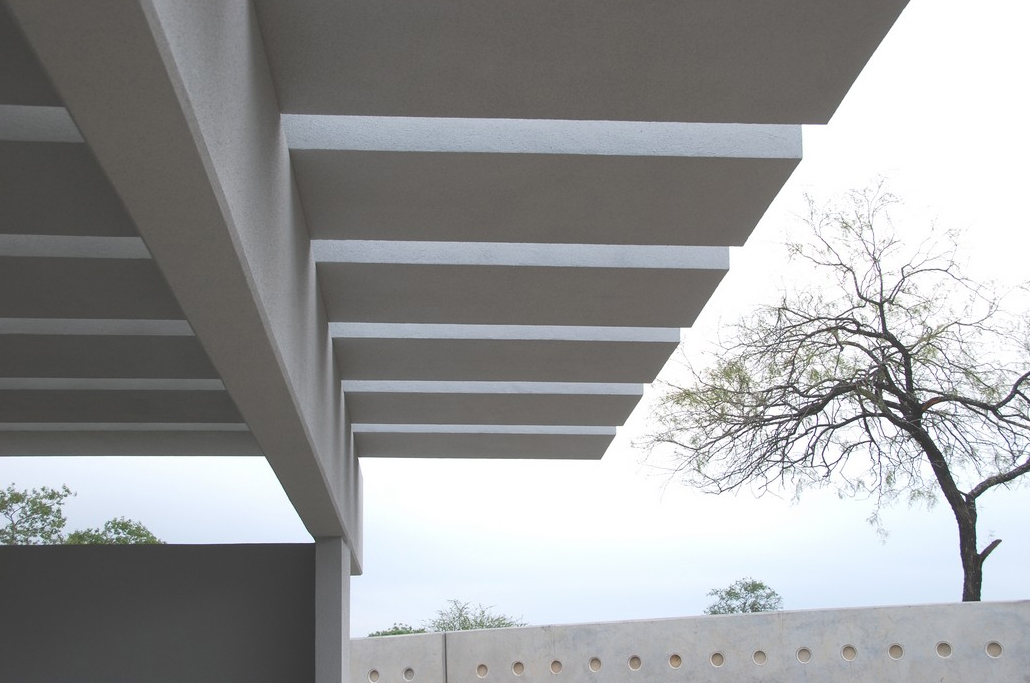 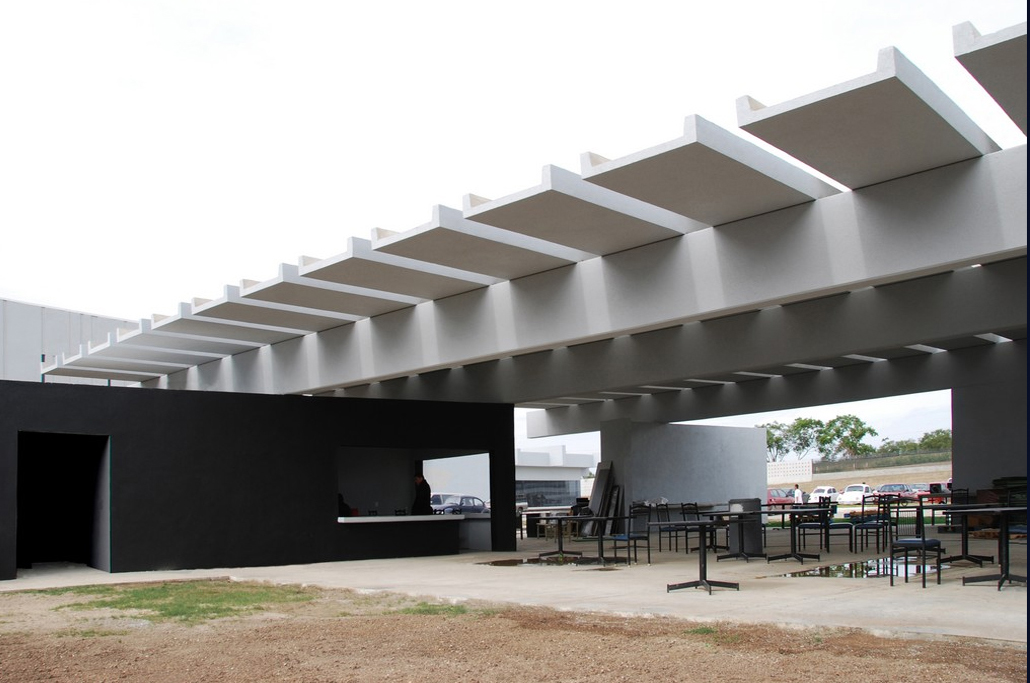 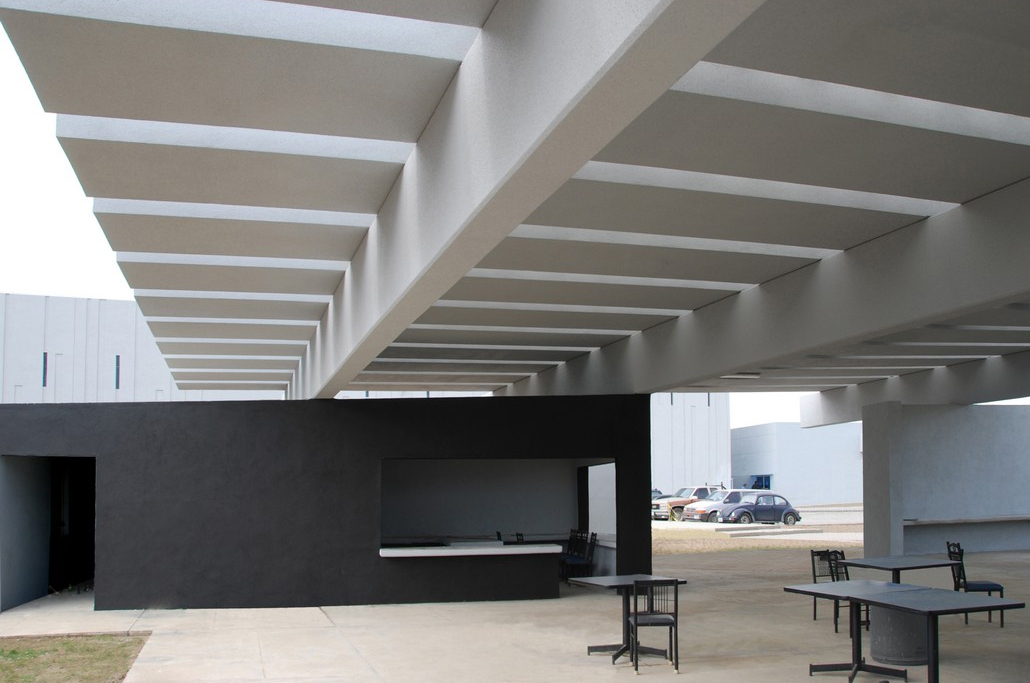