Renovation of a house from 1753

The project Sagerberg shows the conversion of a historic residential building of a former alpine farming from the year 1753. The almost dilapidated substance was refined sensitively and two apartments newly developed and supplemented with sanitary facilities and own access. The structural impurities were removed, the house extended towards the west, and the development steps of the nearly 300-year-old architectural history made re-readable.

The character of the house with the deep ceilings, the firewall, the low door lintels and the thresholds were central elements that were integrated into the design and further developed. The expansion to the west takes place pragmatically and in the same building cross-section and at the same time makes it possible to preservation the heavily weathered former West facade, as an interior wall. During the renovation, traditions were taken up, but reinterpreted and further developed without false nostalgia. The extensions are not subordinate to the stock, but complement it with contrasts.

The inner walls of the knitting walls were exposed, while the outer walls were insulated on the inside and newly dressed. New clothing elements differentiate themselves from the supporting structure by connecting them with open joints gaps to the ceilings and floors. This happens both in the interior, in the area of wall coverings as well as in the facade cladding of the cultivation. The clothes on the insidewalls are reminiscent of the former wood cladding and are yet independent interpretations. The old and the new contrast and are respectful of each other. This gives each component the necessary presence and merges into a powerful overall project of high architectural and spatial quality.

The first project of Oliver Christen Architekten shows a subtle and sensual extension of the existing, historical building fabric. 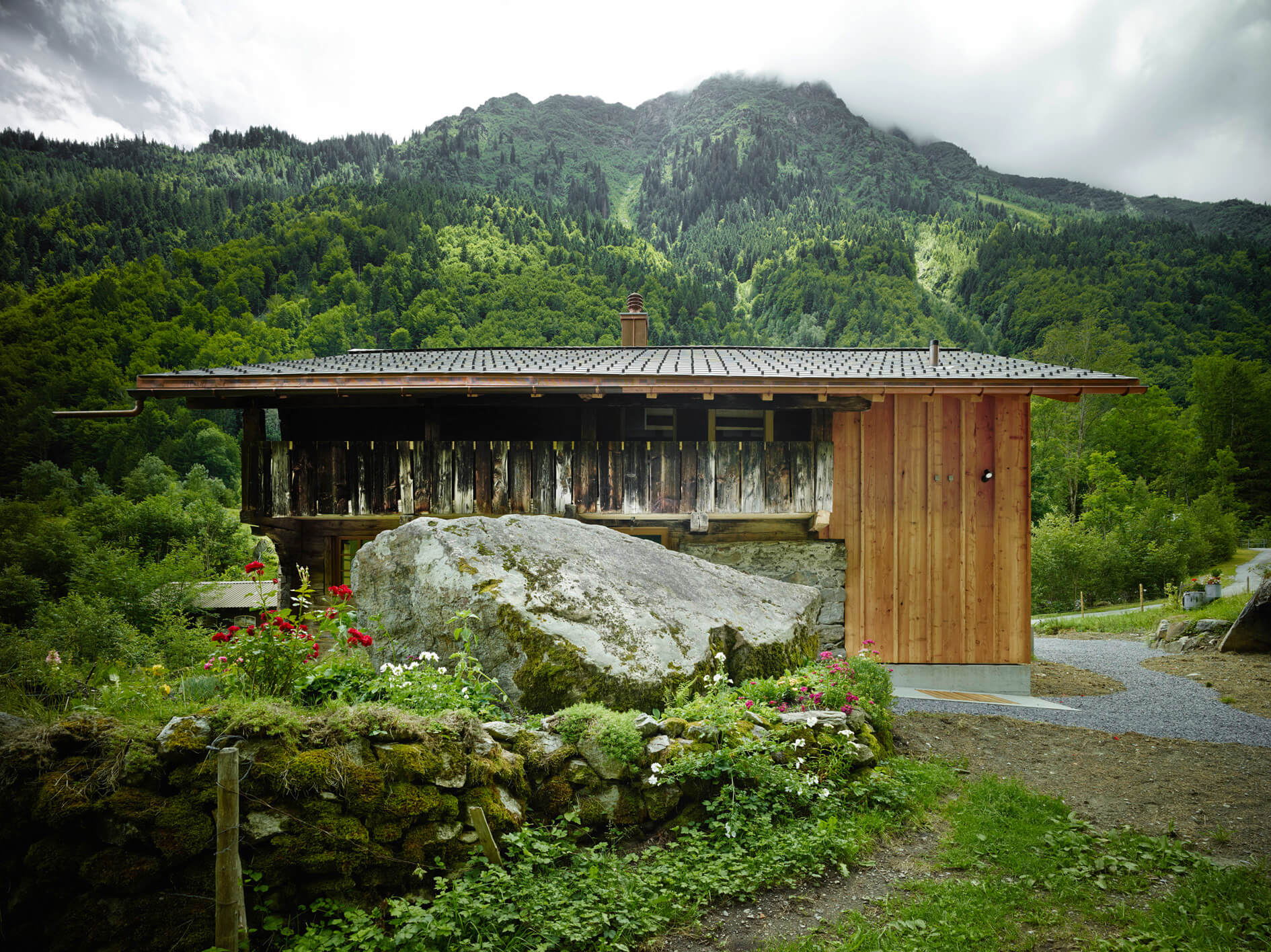 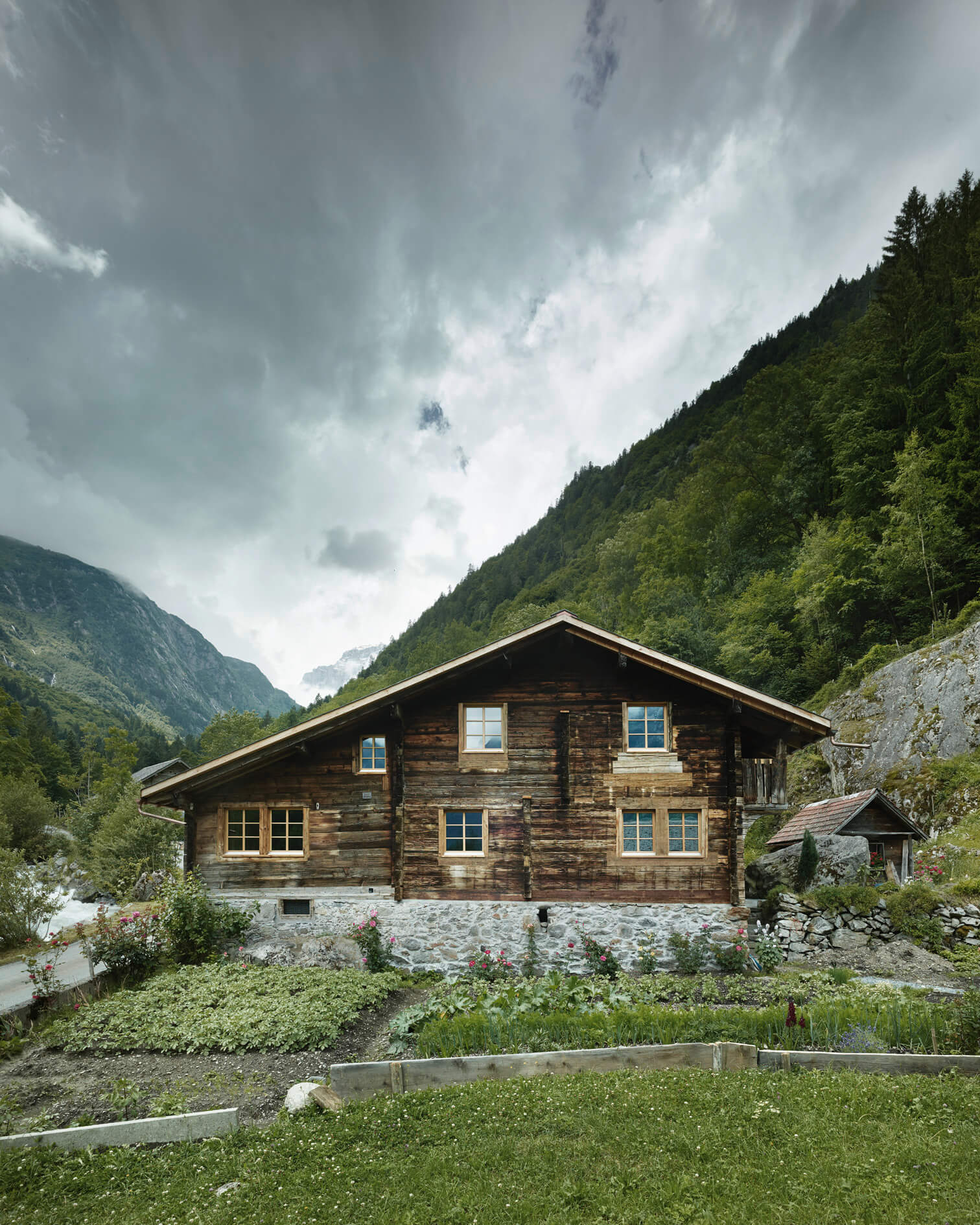 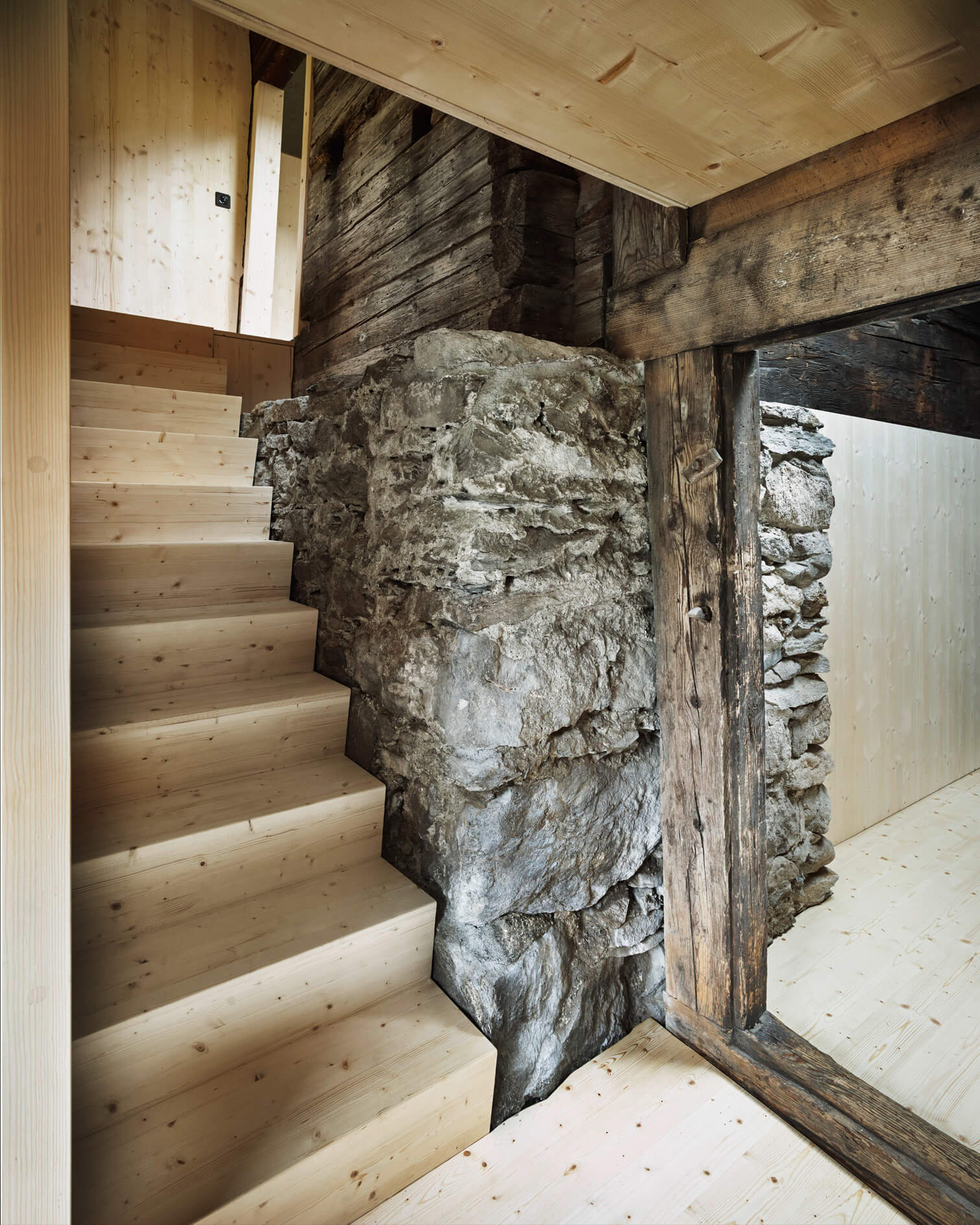 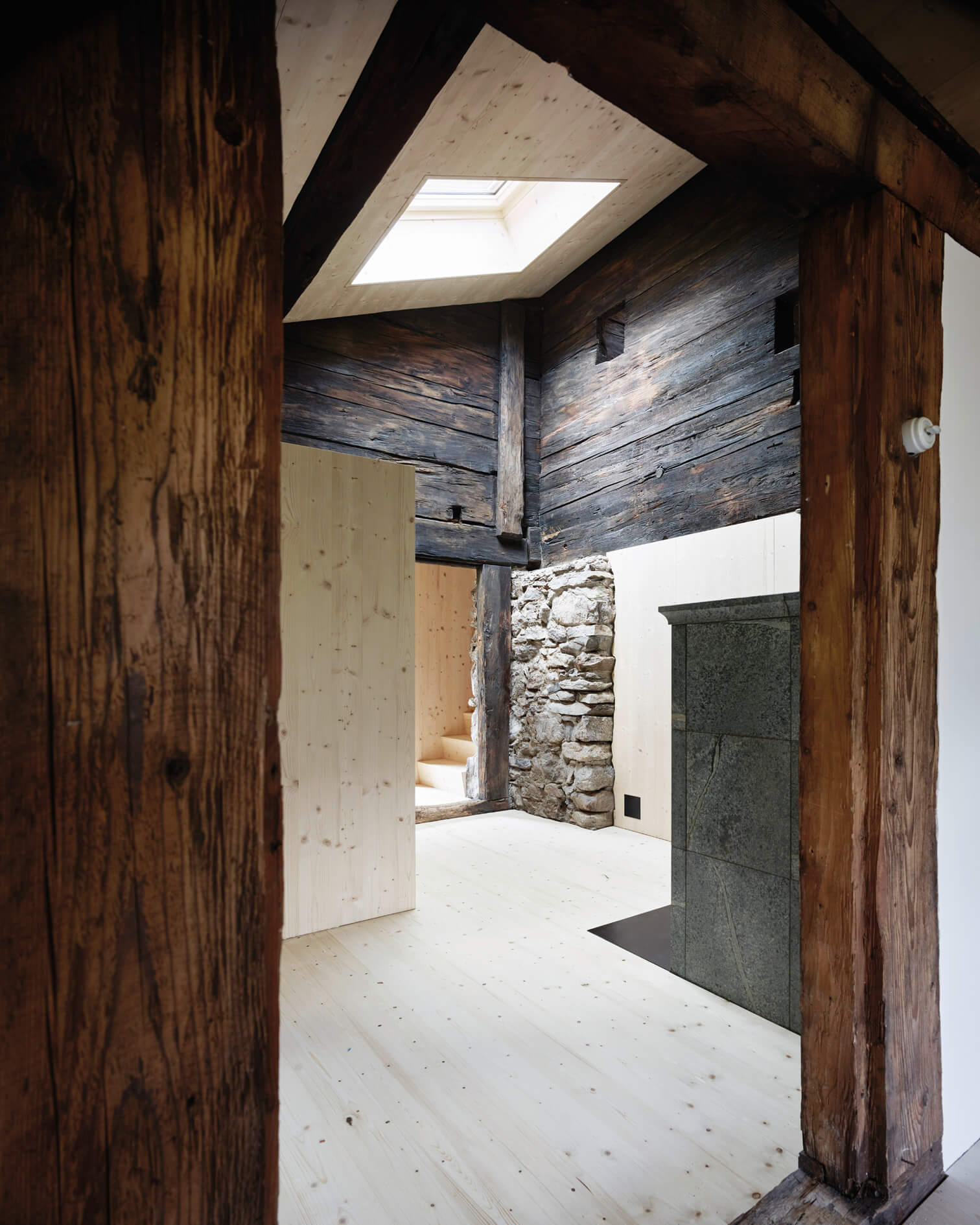 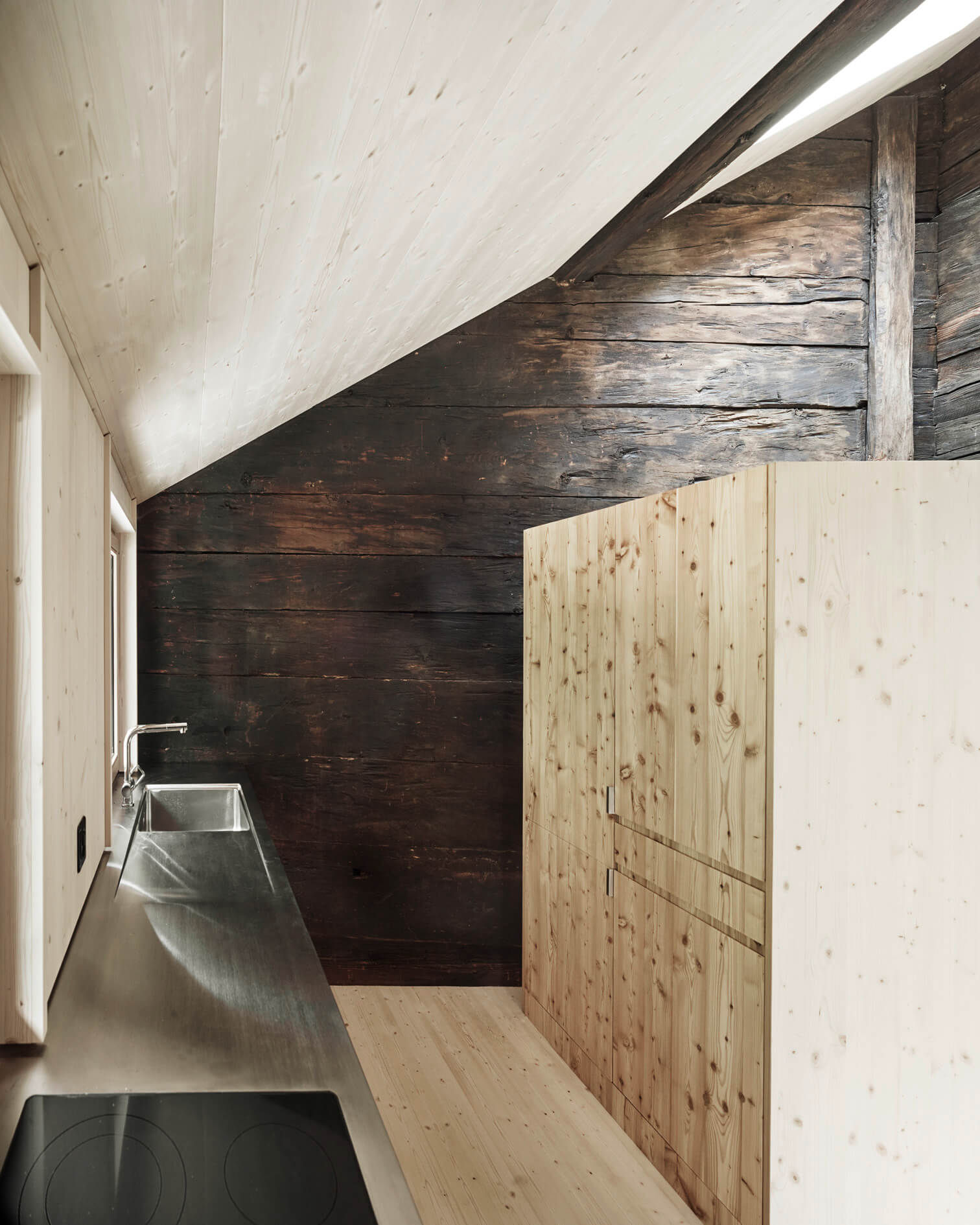 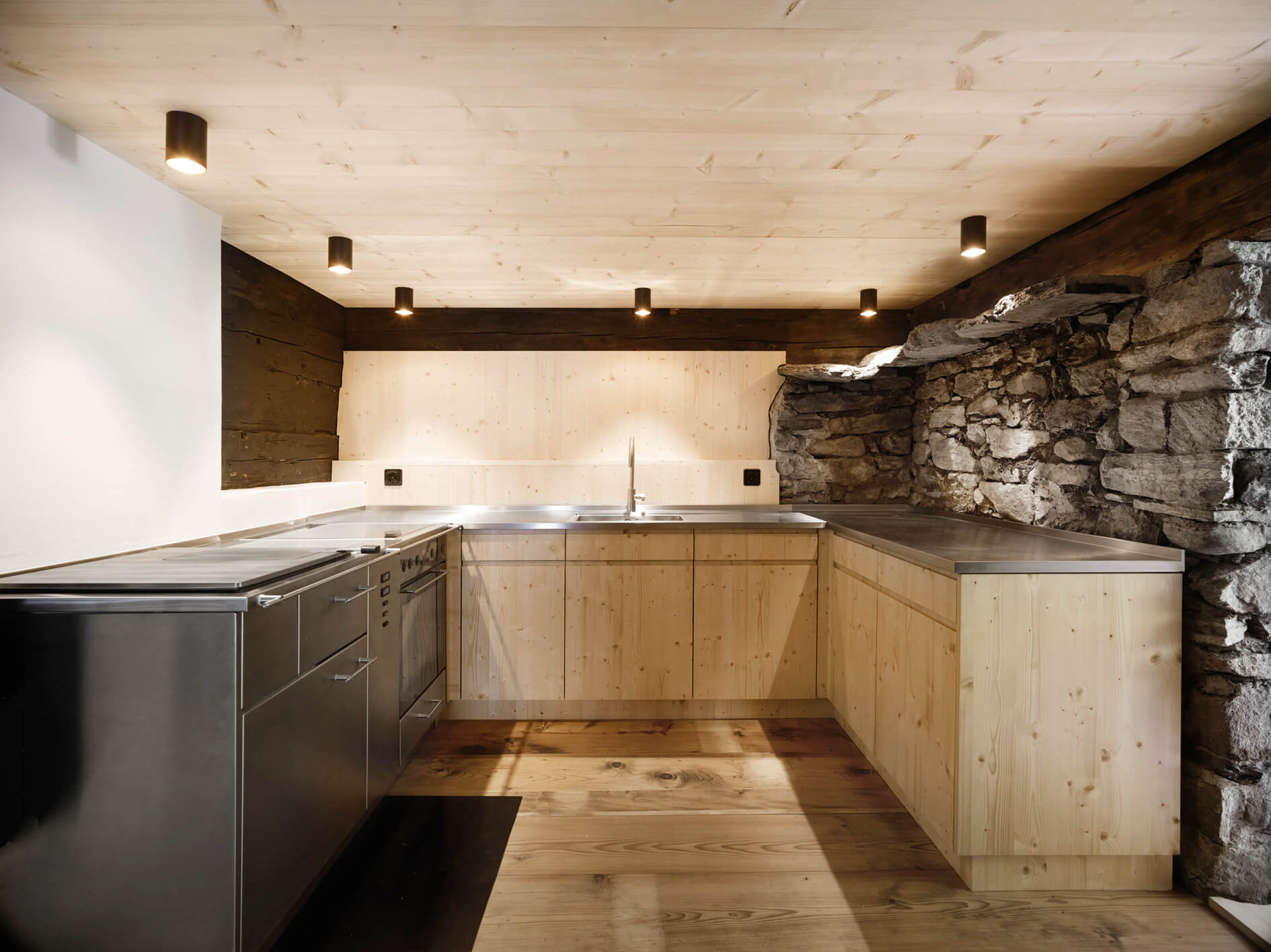 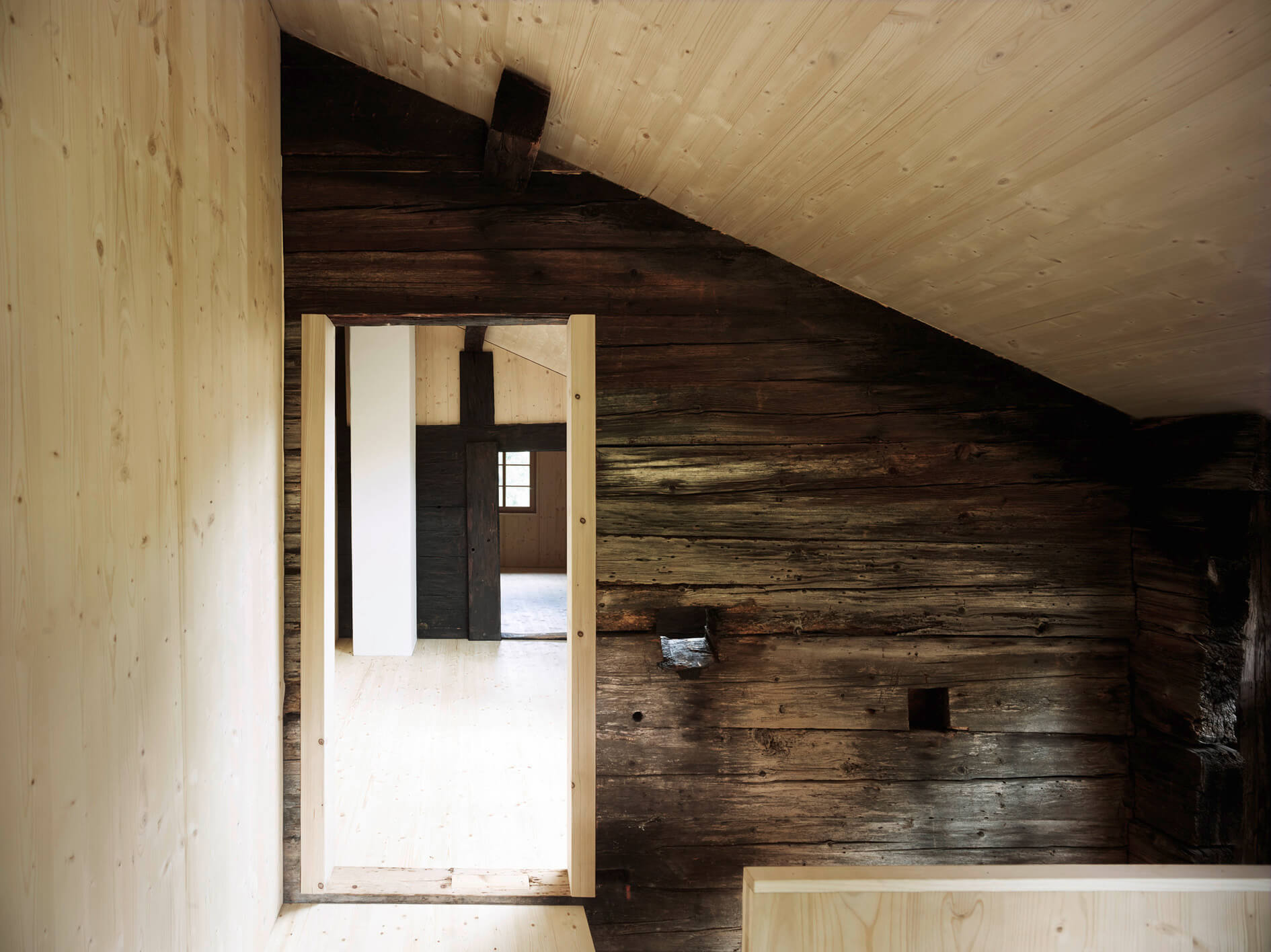 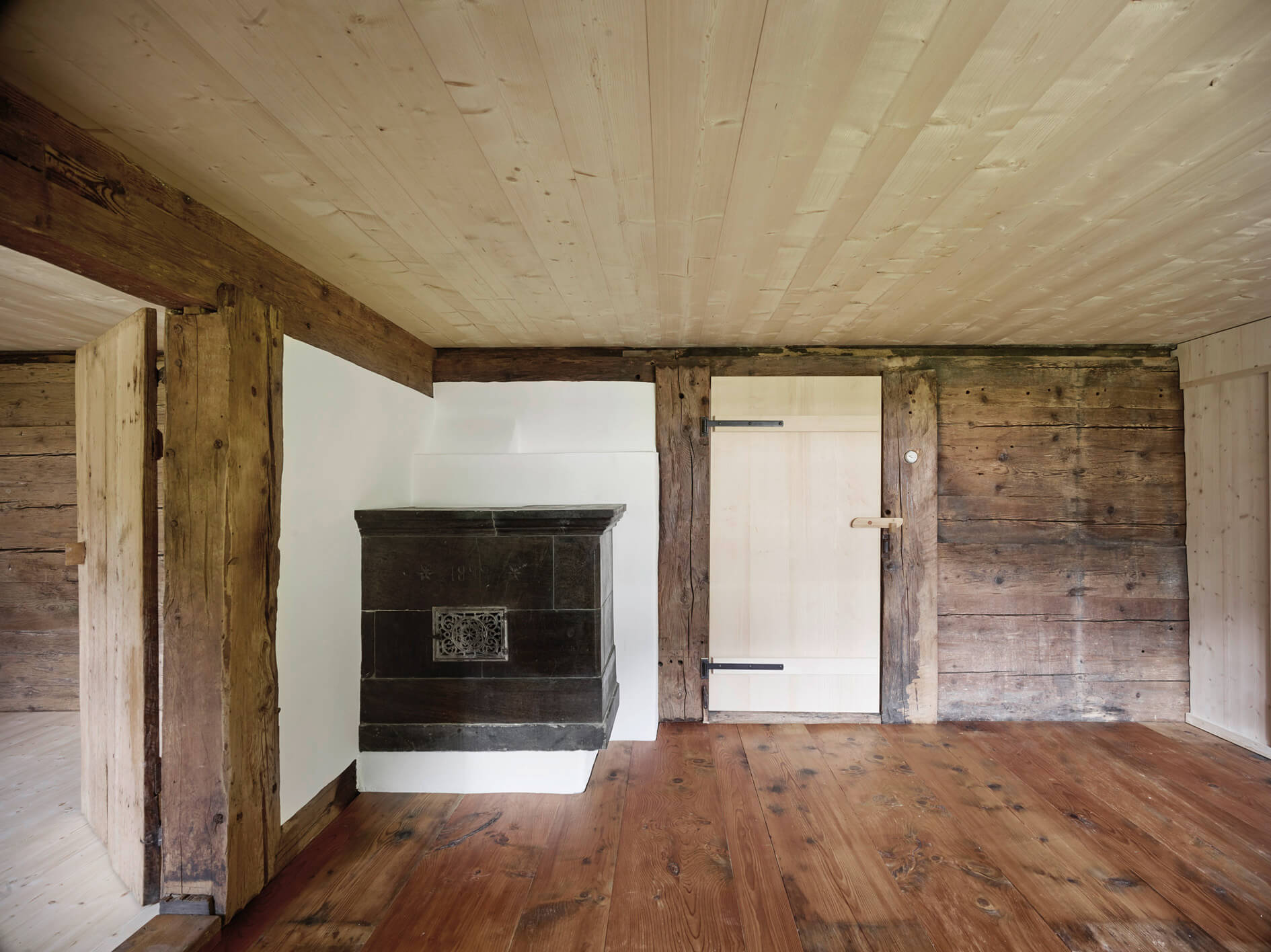 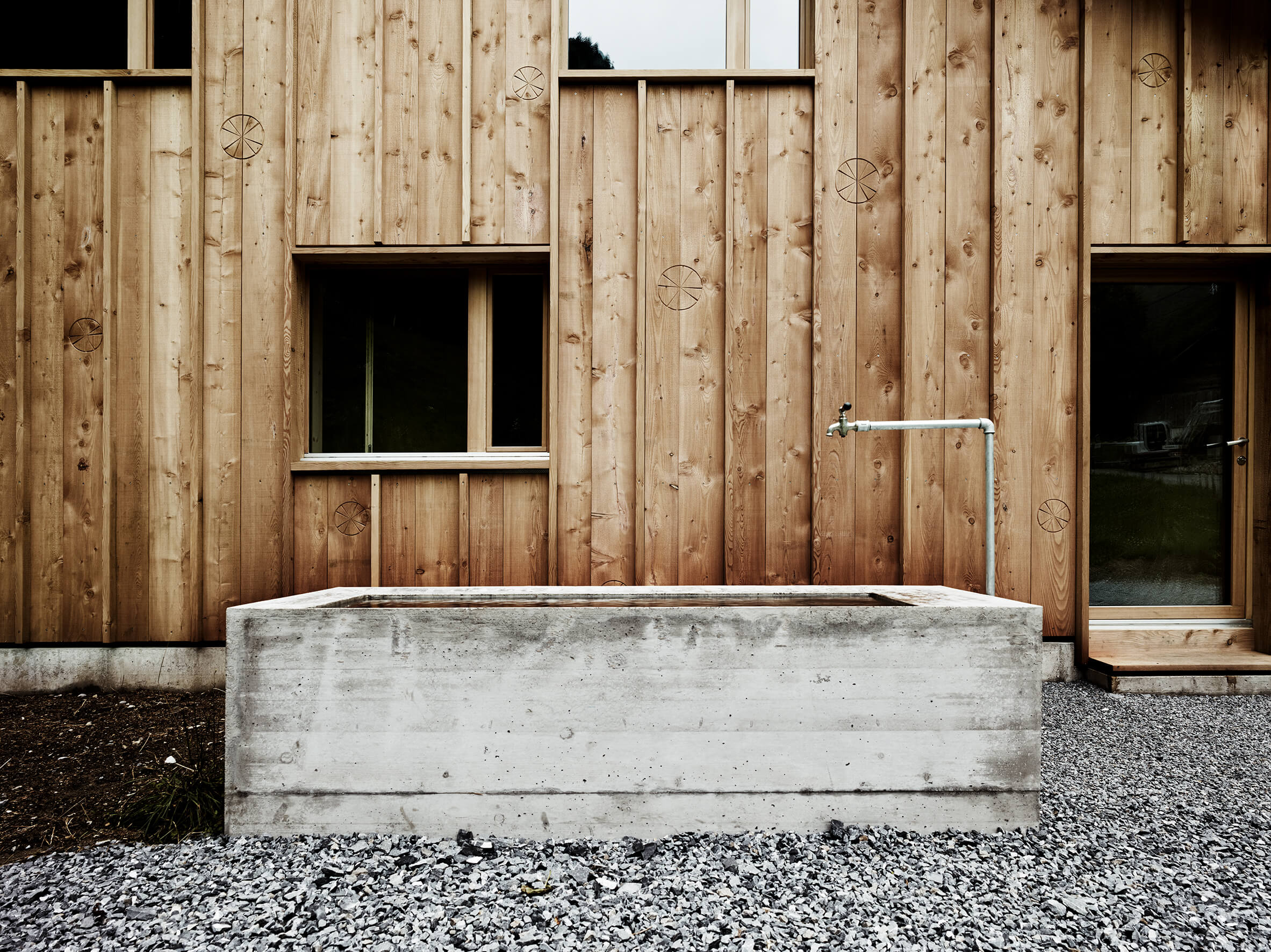