This project for a summer retreat is an addition to, and rehabilitation of an old “Nordlandshus” (traditional northern Norwegian house) on a remote site in the coastal island area of Lofoten. The original ideawas to encapsulate the old and worn-down timber corewithin a new climatic shell, leaving the old house standing freely and structurally unstressedinside, with the traditional timber constructions exposed. The added construction followed its own grid module, which – apart from a number of technical advantages –gave an interesting “syncopation” of window openings between the old and new structures.

However, in the project that was built, a more conventional renovation approach was chosen for the existing house. This reduced our architectural contribution to apply to the addition towards the west, and a small annex. The addition is a pure extension of the existing building, and re-uses the geometrical principle with asymmetrical dormer windows to let in light and give a view from the loft. The primary construction for the extension is prefabricated pine glulam. The interior is clad in birch plywood, while the exterior is clad in untreated spruce, which has grayed after two years of exposure to sunlight and rain. The roof is clad in standing seam zincroofing, and the windows have two-fold frames with aluminum in the exterior and wood in the interior.

The climate in the area really is quite extreme, especially with wind conditions in mind. While the old house is guy-wired to the ground, the extension is wind-anchored to the encapsulating concrete slab that acts as a stabilizing counterweight. 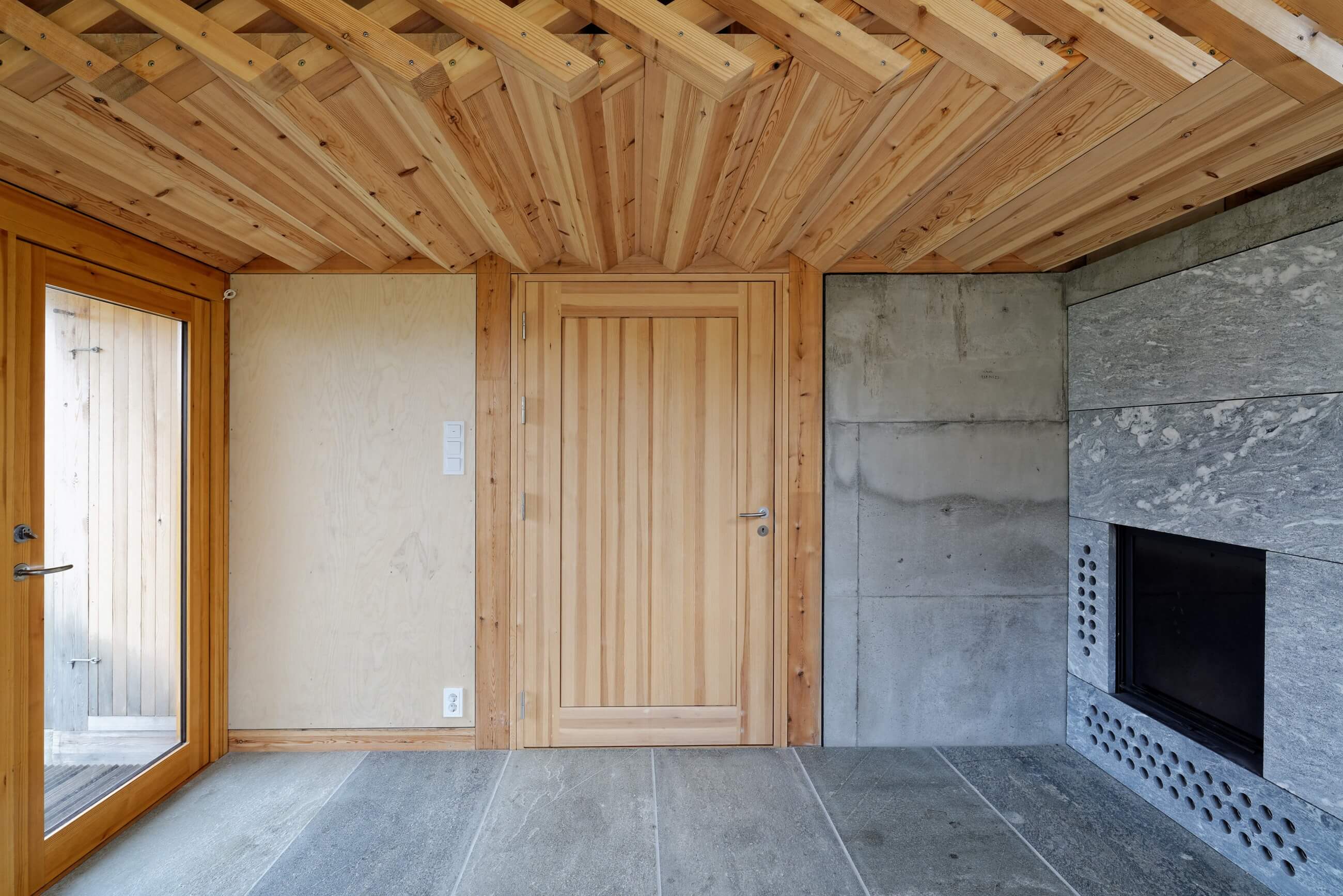 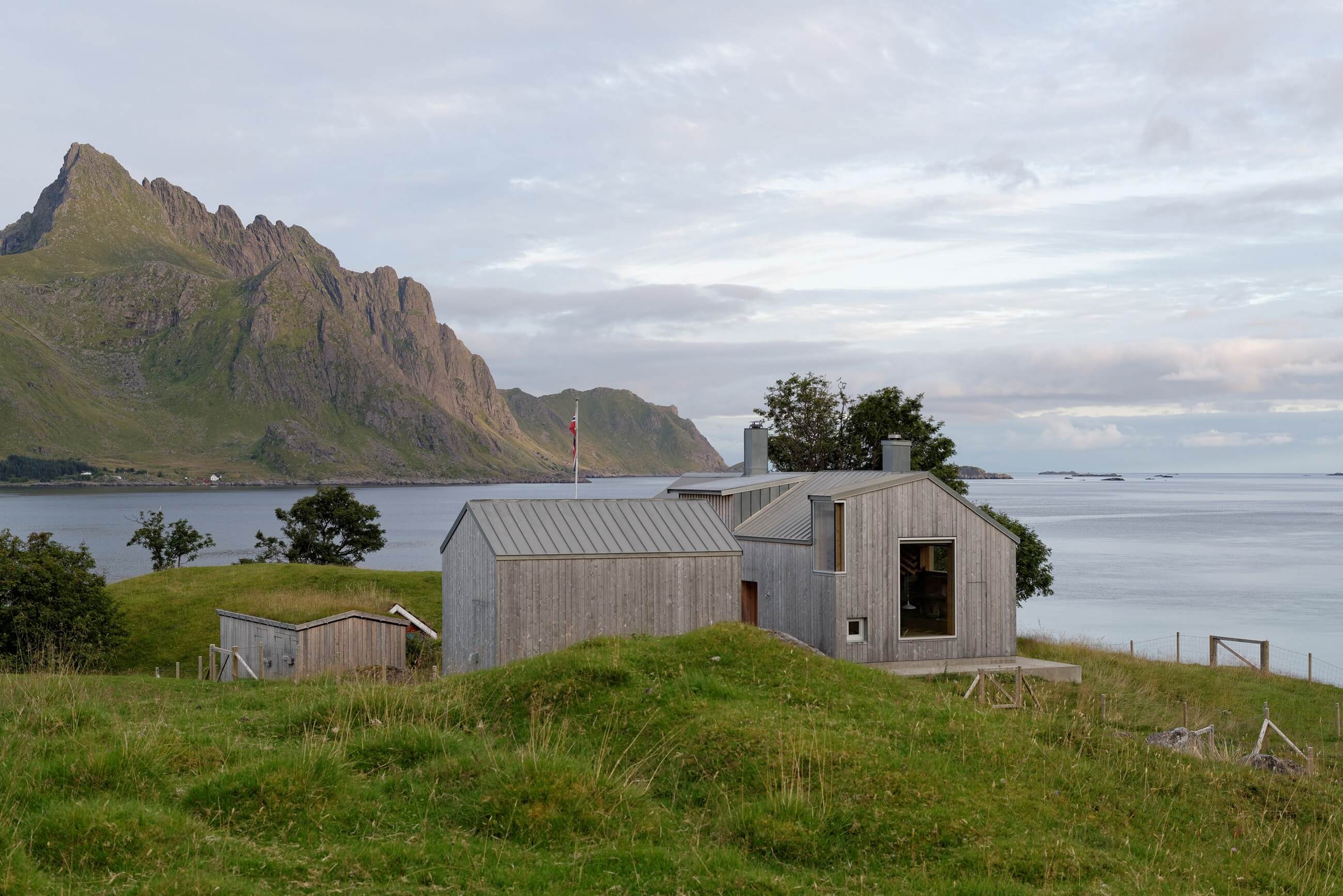 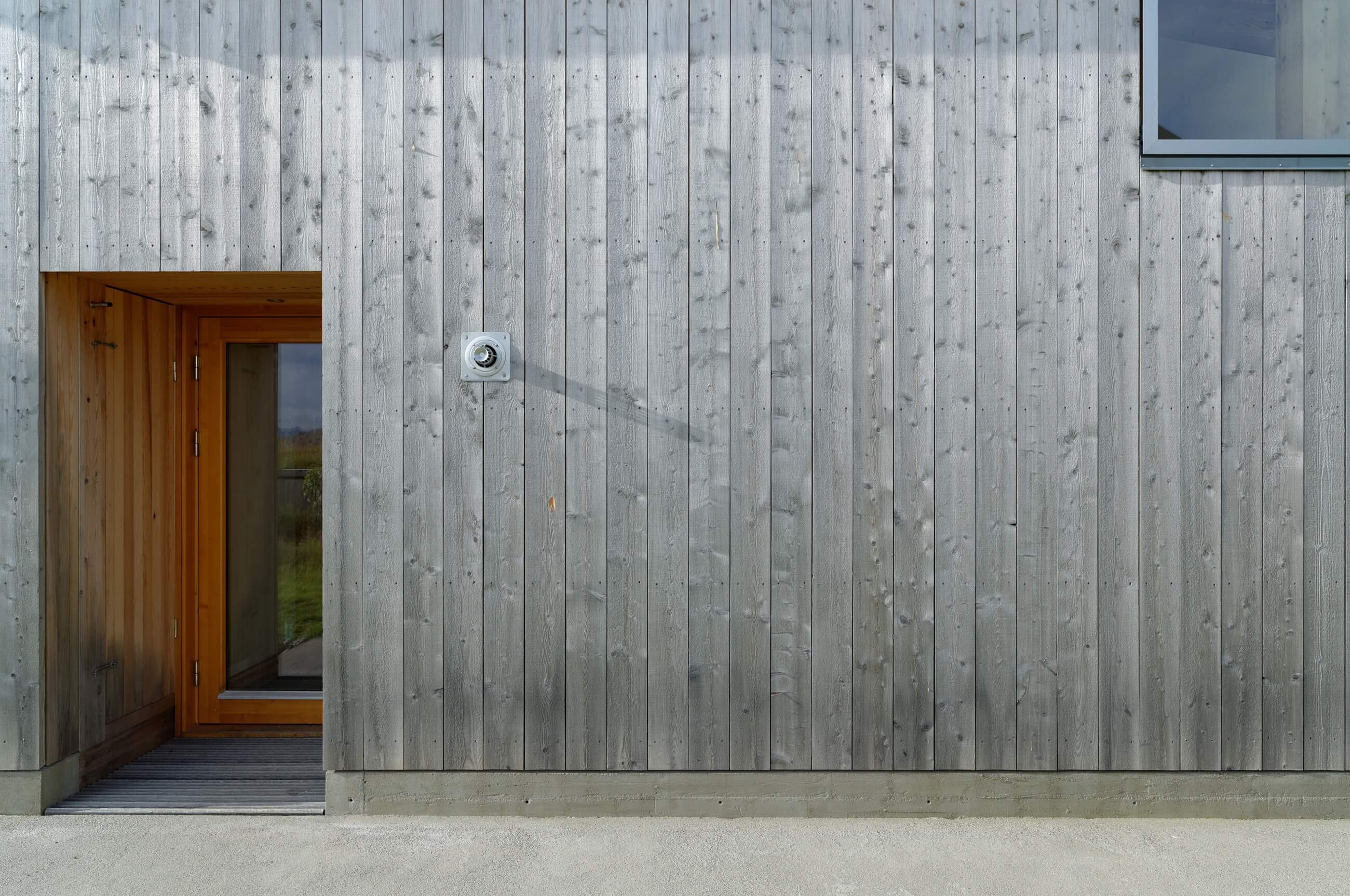 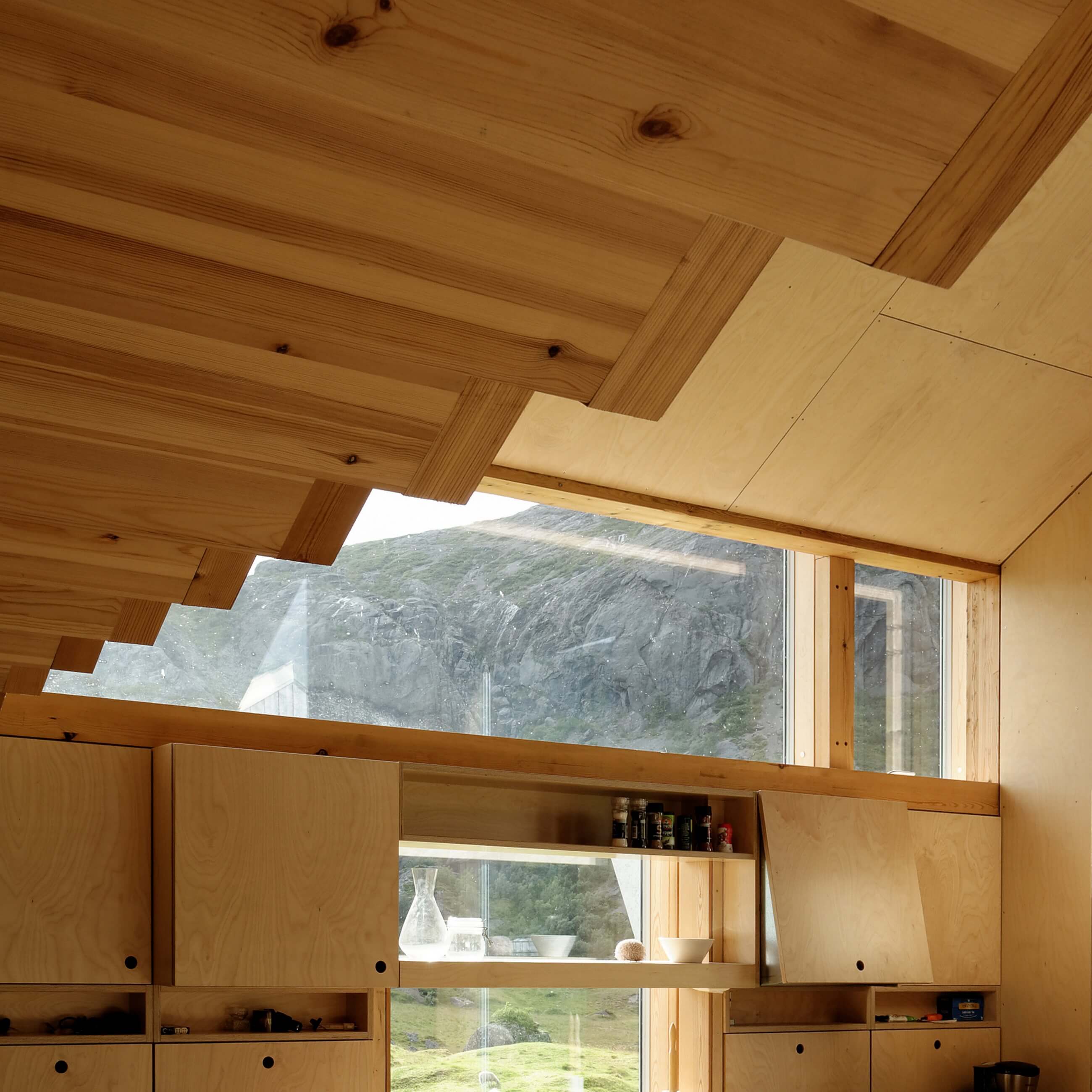