Vertical brick slats in linea7 8012 as an eye-catching feature

This modern villa is situated in a residential district from the 1960s. The original house was demolished in order to build a villa which complied with all the current energy standards. The result: an NZE house with an energy level of E16 which focuses on the aesthetic details. Over the years, the district has become part of the urban fringes of Harelbeke and the detached house is fully integrated in its environment.

The orientation was an obstacle that Dehullu Architecten would have to overcome because south was on the side facing the street. The garage and storeroom were positioned at the front with the living areas at the rear. A cosy patio was designed between these living areas and the storeroom. The design connected the living area – which is glazed along the 2 longest façades – to both the garden and the south-facing courtyard garden, dramatically increasing the amount of natural light flooding in. The positioning of the storeroom and garage also ensures sufficient privacy on the street side and this well thought-out solution brings absolute added value to the experience of the occupants.


It did not take long to single out the narrow facing brick linea 7 8012 for strengthening the architectural added value, by accentuating the horizontal character of the design, for instance. The finish using thin bed mortar was an obvious choice which is easy to apply with this facing brick. The windows on the front and side façades are partly covered with ‘vertical brick slats’, making them an integral part of the whole. The vertical architectural lines are also repeated in the wooden slats of the garage door and create a harmonious visual expression. 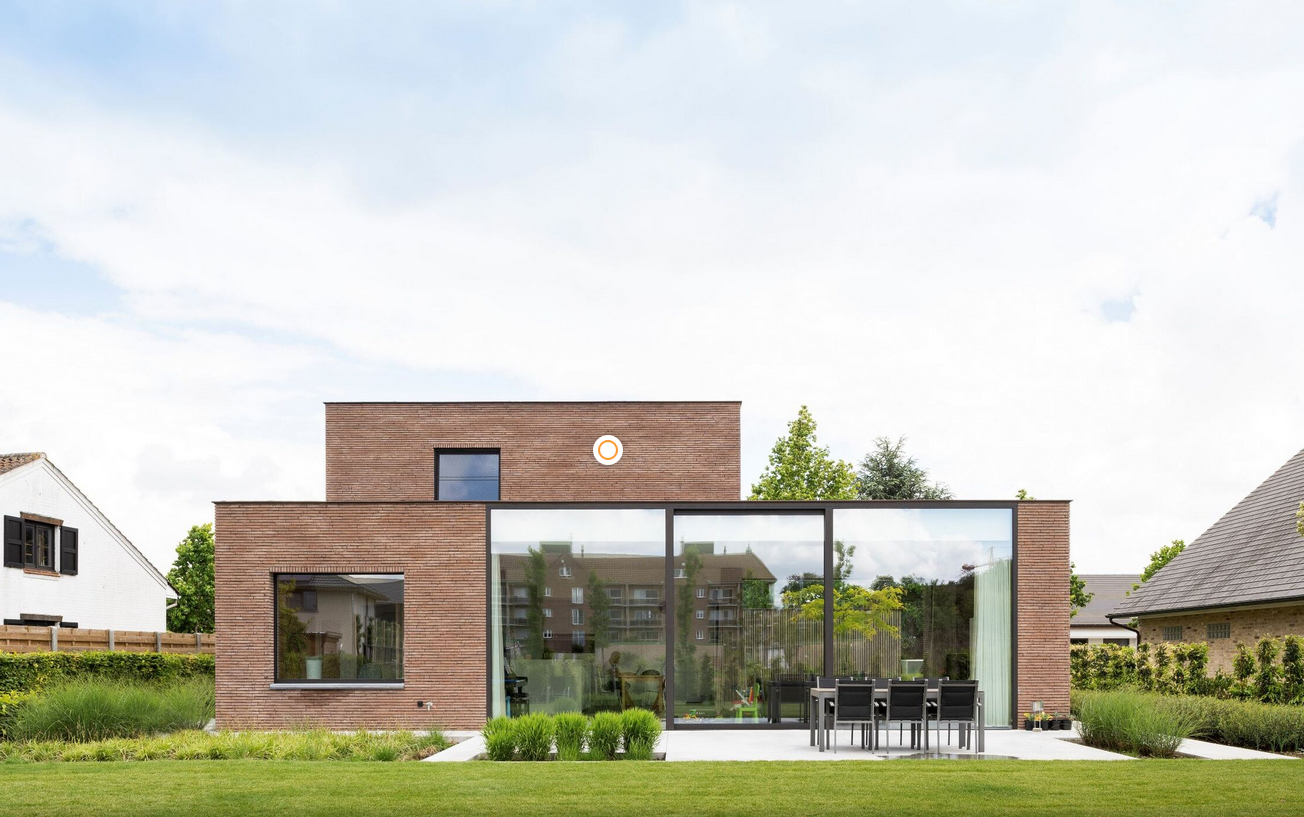 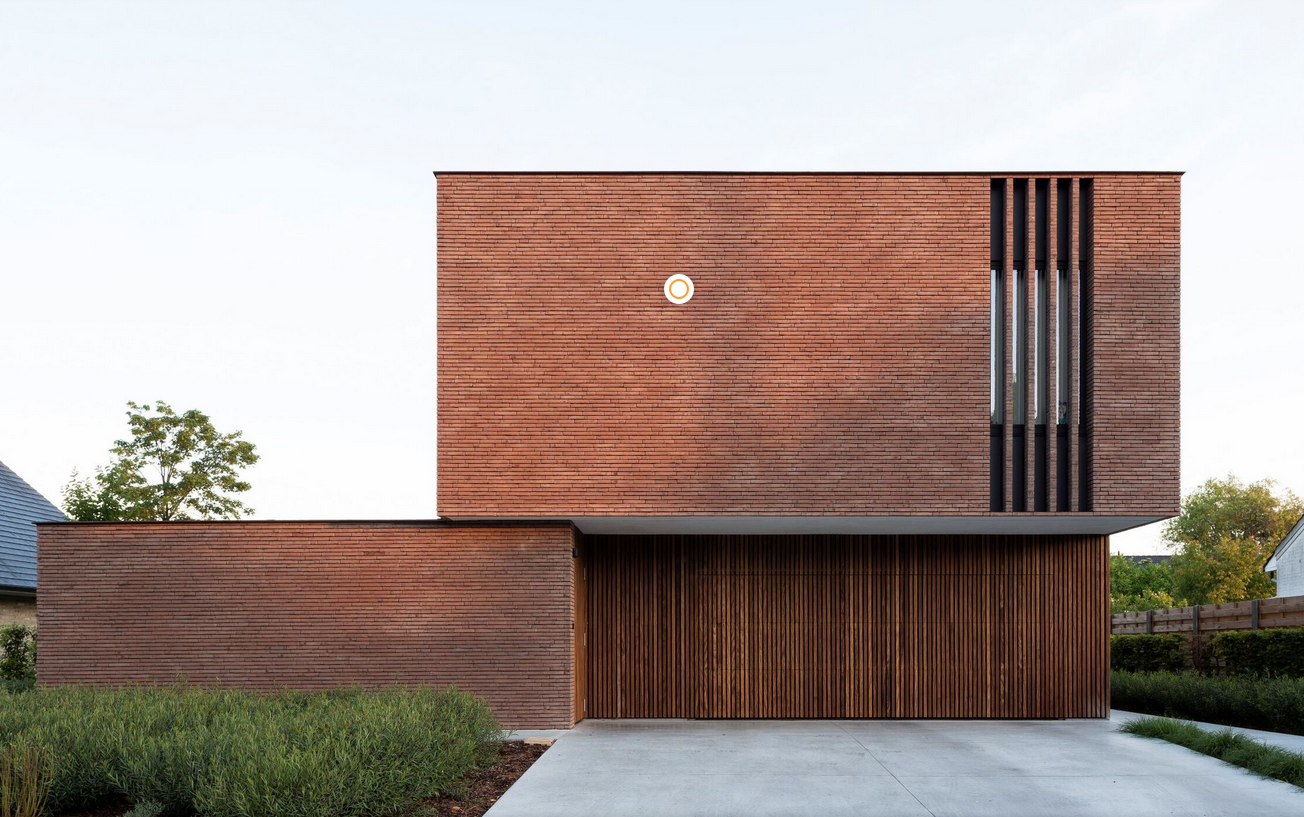