A villa, built around 1923, in the south of Berlin should be prepared for a family with two children and many visitors.
Originally, the house, consisting of a ground floor, a top floor mostly on the roof area and a cellar, all three about the same size, had been planned for one menage. Because of the splitting in different apartments und numerous built-ins the inward hab been strongly reshaped. After years of vacancy the house was in need of restoration and modernization. On the one hand the exterior of the building should be retained basically on the other hand there should be formed a generous and modern living spaces inside.

To fulfill the clients wishes suitably a number of interventions had to take place. The entrance area was enlarged distinctly and functions now as distributer from which the main living area and kitchen, guest room and bathroom, cellar, chamber and the top floor can be reached directly. The staircase was opened to the top floor by a large well hole. There an open and flexibly usable space follows before, across the short corridor, there are children´s and bedrooms as well as the family bathroom. The color spectrum in the bathrooms was conceptualized as contrast to the remaining neutrally designed rooms.

To create a direct and diverse connection between ground floor and garden the main living area as well as the kitchen and the dining area were opened by French doors to the newly built terrace.

Additionally the distinctly increased garden level can be reached from the living area across three steps. Now the house stands more „in“ than „over“ the garden. 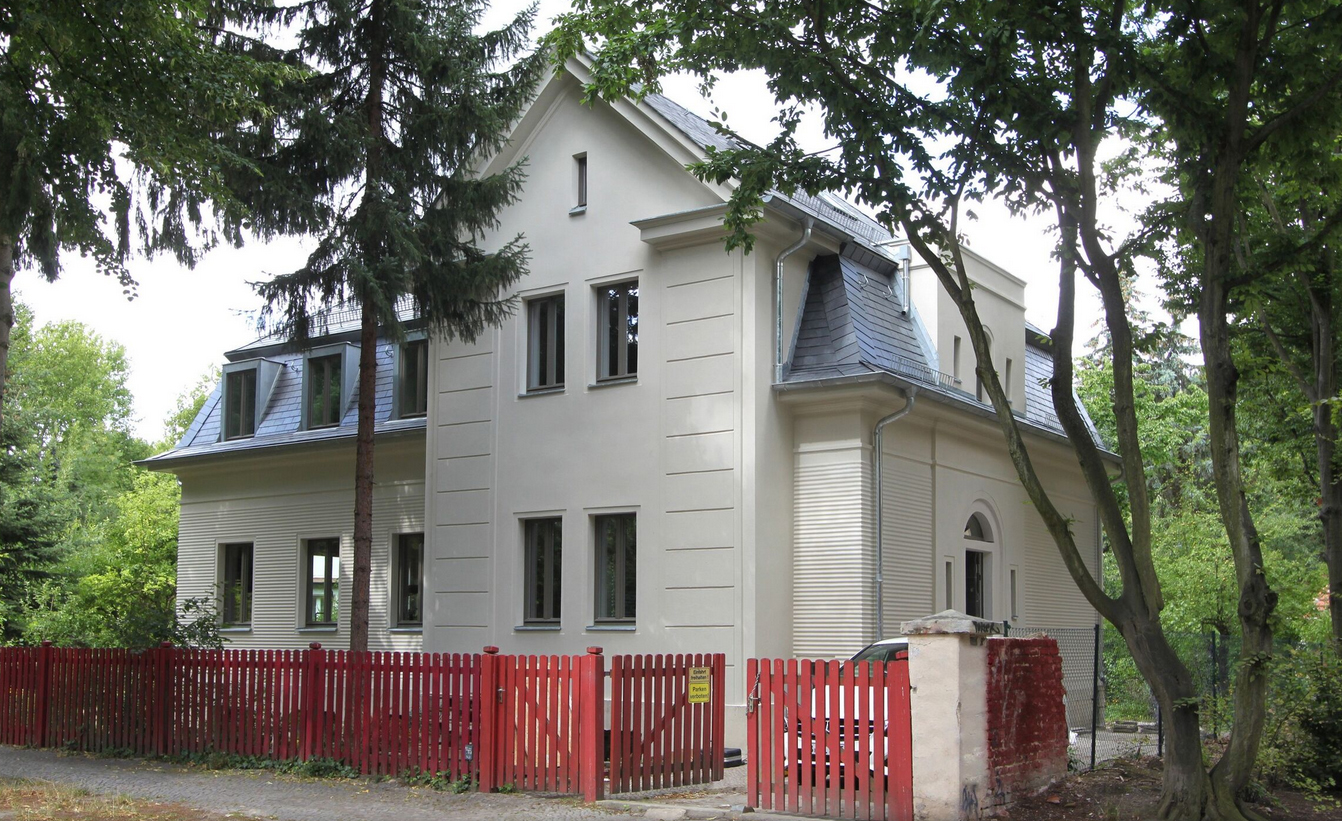 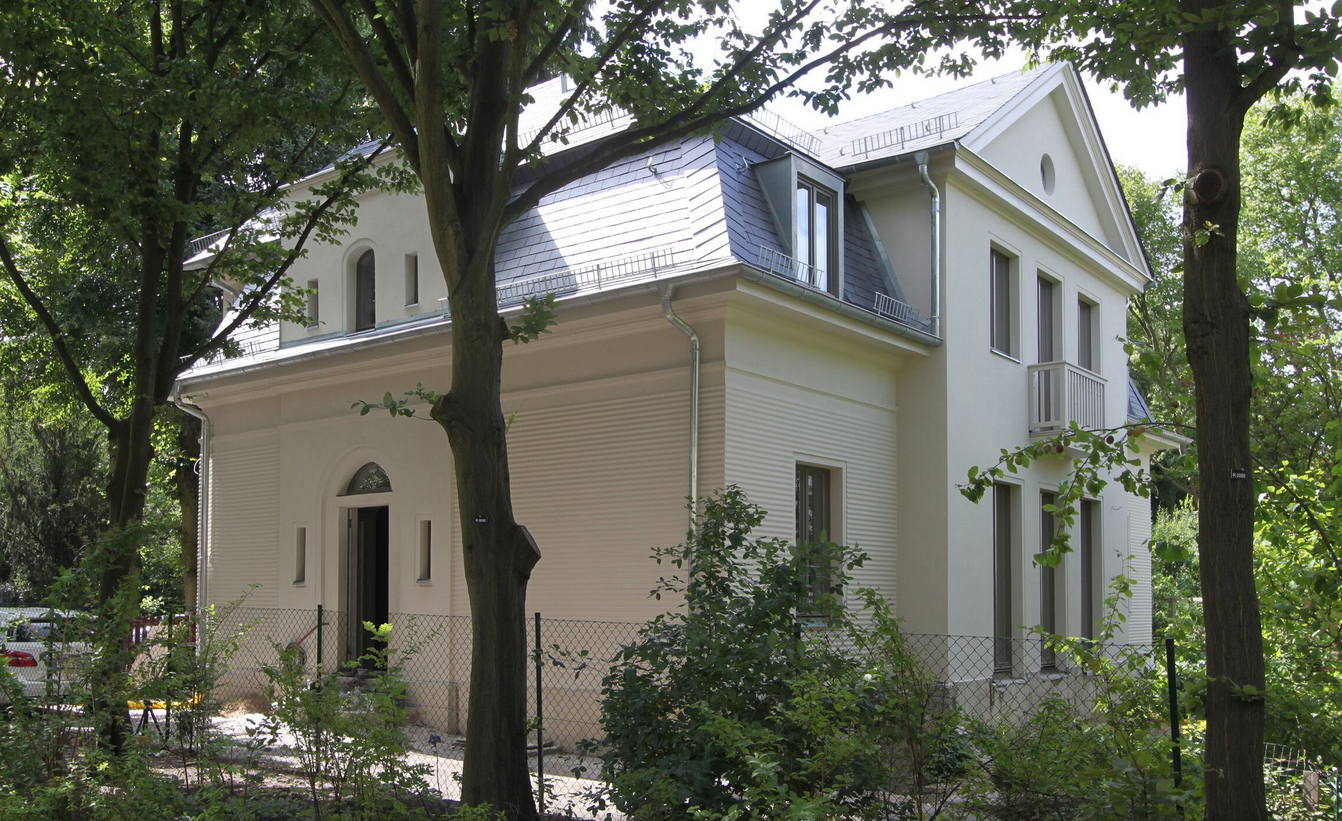 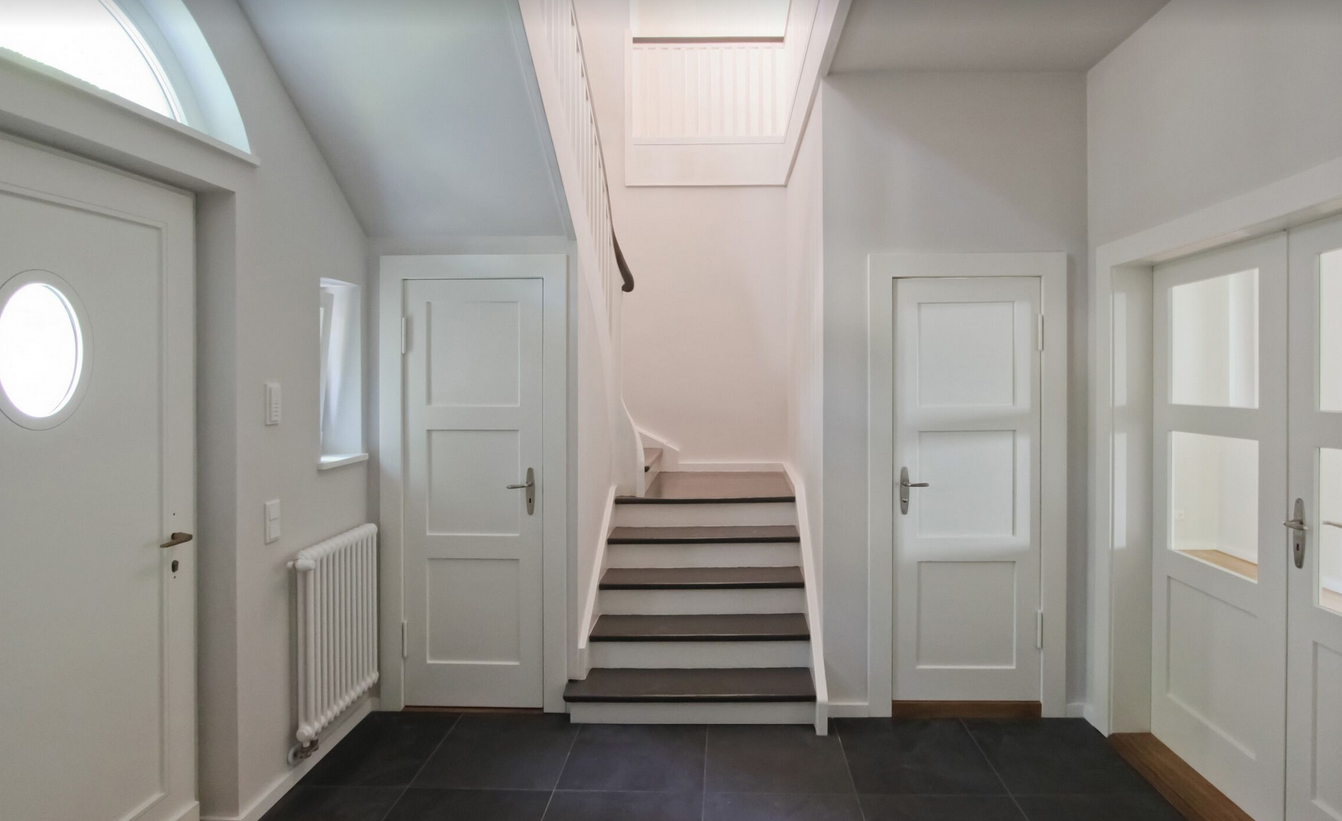 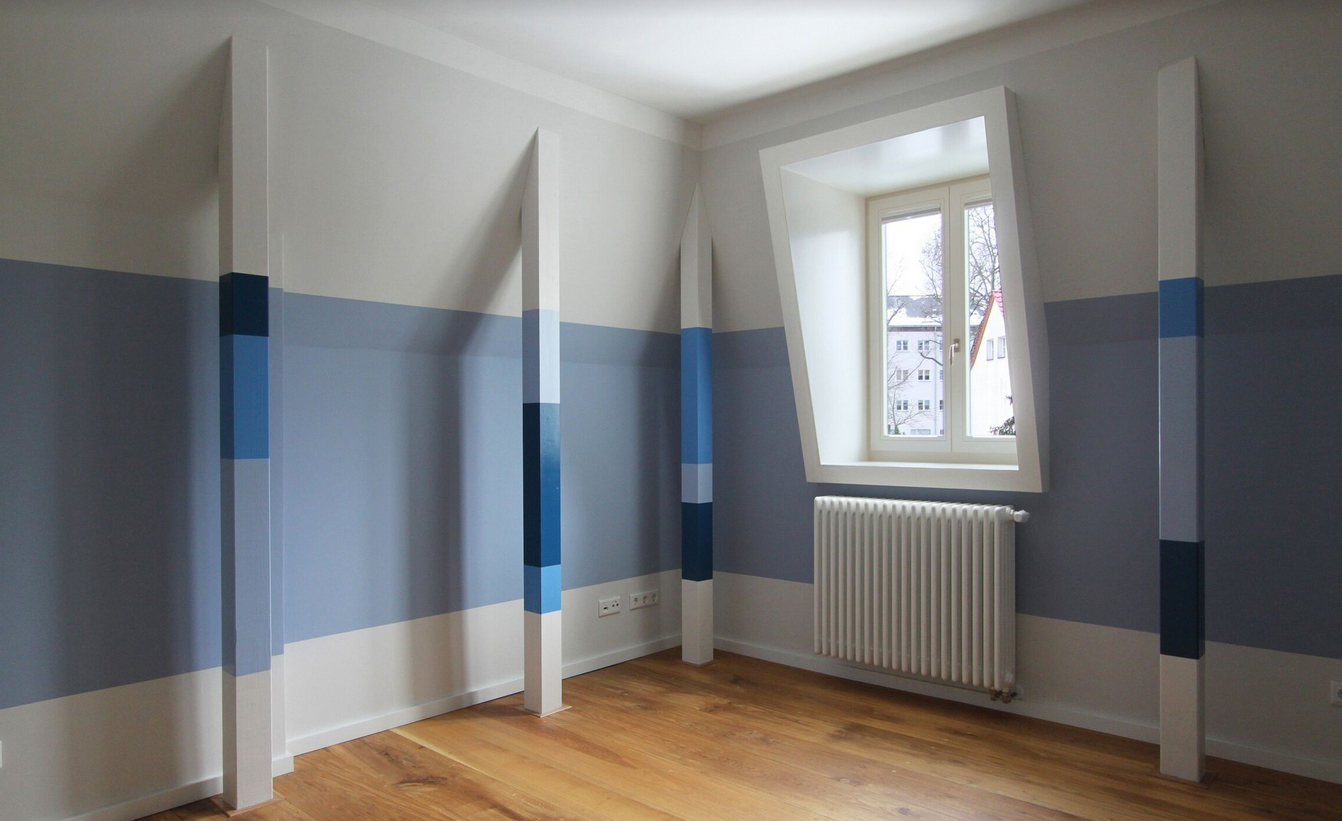 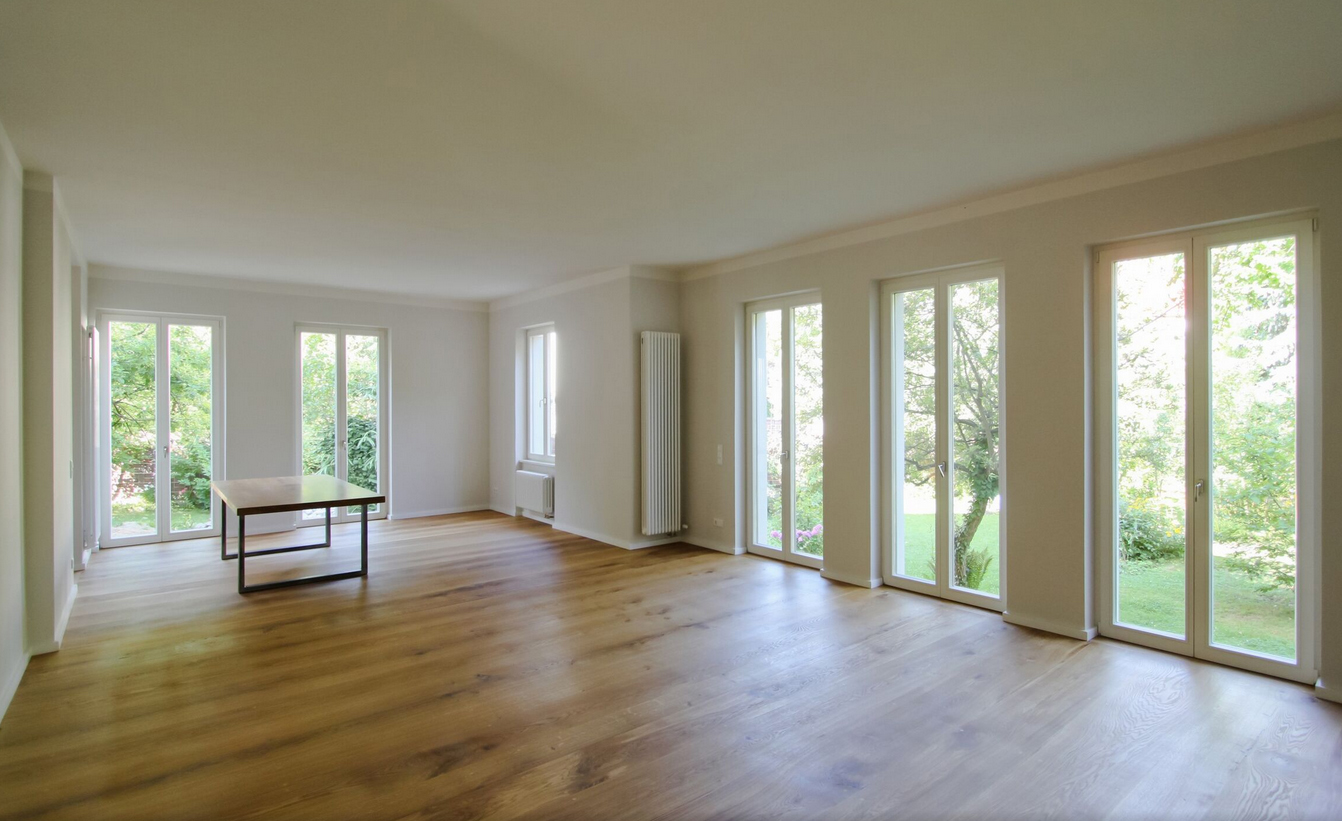